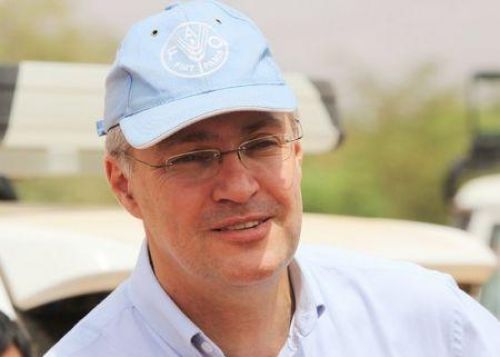 (Ecofin Agency) - The UN Food and Agriculture Organization (FAO) announced the disbursement of $70 million to support 600,000 victims of flooding in Sudan.

According to Dominique Burgeon (pictured), Director of Emergencies and resilience at FAO, a survey revealed that more than 2 million ha of plantations was washed away by heavy rains, putting thousands of families in food distress. Smallholders also suffered the loss of more than 100,000 heads of livestock.

Sudan declared a state of emergency after 16 of the country’s 18 states experienced flooding. “We could see the truly massive impact of the floods not only on commercial farms, which are critical for the provision of employment for so many people, but also to the small-scale farmers who once again will be the most severely affected,” Burgean said.

Part of the financing will help provide food, shelter, and drugs for the victims. “There are places that are already facing high levels of malnutrition or we could say they have been at risk of facing food insecurity. We need to rush and intervene to save such communities before they face more levels of food insecurity,” said Lina Al Sheikh, Sudan's minister for labor and social development, who heads the task force on flood response.