Morocco, France reach a deal to ease the return of underage migrants to their home country 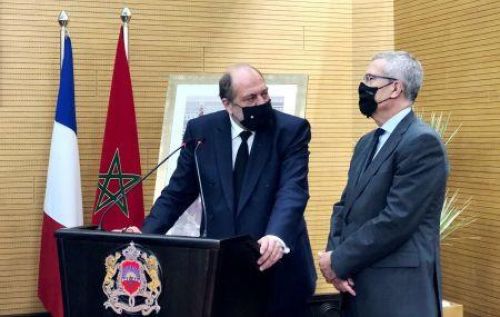 (Ecofin Agency) - Morocco and France signed an agreement on the care of underage migrants. The French and Moroccan Ministers of Justice validated on Monday, December 7, 2020, a document that frames the cooperation of their two countries in this sensitive aspect of the fight against illegal migration in Europe.

The agreement mainly concerns unaccompanied underage migrants, meaning those who find themselves on French territory without an accompanying person. According to the authorities, the objective is to put in place "concrete tools" for the migrants.

According to the French justice minister, Eric Dupond-Moretti, this will enable "youth magistrates to have at their disposal the indispensable elements to take the most appropriate measures in the interest of these children, including the return" to their home country.

In recent years, the place of underage migrants has often been at the heart of discussions on the fight against illegal migration in Europe. In France, their number is estimated at between 16,000 and 40,000. The process for return to the home country is cumbersome, particularly because of the International Convention on the Rights of the Child, to which France is a signatory.

It should be noted that this is not the first time that a European country has negotiated with the Cherifian Kingdom for the return of underage migrants from its territory. Procedures initiated with Spain and Sweden previously have never been successful.