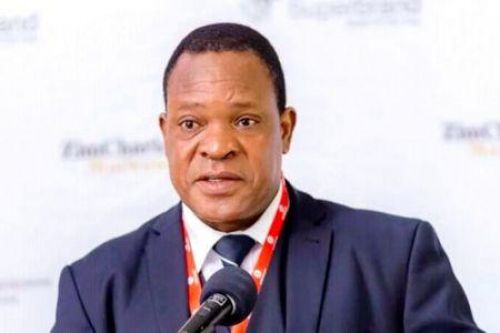 (Ecofin Agency) - The Republic of Zimbabwe seeks to reach food security by next year. During the launch of the 2021 tobacco marketing season last April 7, the agriculture minister Anxious Masuka (pictured) revealed that besides stopping food imports, the government is stepping up other measures to make the country food secure.

These measures include an increase by 40% of the added value, an increase by 100% of household revenues, and an increase by 60% of total exports. About 1 million jobs are expected to be created. To reach this goal, the government is betting on the implementation of its Agriculture and Food security system Transformative Strategy (AFTSTS) launched last year. The program is aimed at accelerating and optimizing agriculture production.

Recalling the importance of the sector in achieving the country's development objective by 2030, Minister Masuka announced the government's intention to overhaul the sector through the training of 18,000 farmers in agricultural entrepreneurship, by 2025, to improve harvest.

In March 2021, the government announced that the country was preparing for an expected harvest of 2.8 million tons of maize, more than the initial target of 1.8 million tons. Such results, along with favorable weather conditions and successful harvesting campaigns, should allow Zimbabwe to cut food imports.