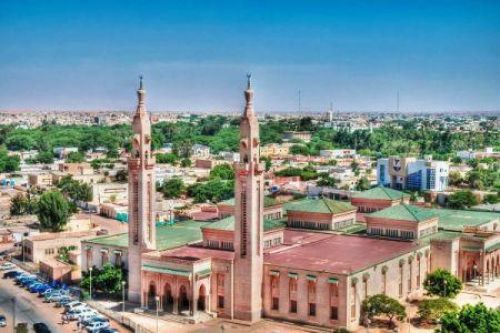 (Ecofin Agency) - After a 1.8 percent decline in 2020 due to covid-19, Mauritania's economy rebounded the following year to 2.3 percent, thanks to a strong extractive sector and eased confinement measures. The country has also implemented IMF-backed reforms.

The IMF recently praised the “substantial progress” made by Mauritania “in improving the legal framework for governance.” The Bretton Woods institution commended the progress in a release dated June 8, 2022.

According to the release, the IMF team that sojourned in the country from May 23 to June 2, 2022, “recognized … the recent detailed public investigations of corruption that have been undertaken at the highest level, as well as the advances that have been made in introducing IT technology into the operations of the public sector.”

“The request by the Government of Mauritania for the Governance Assessment reflects the government’s commitment to addressing issues of governance and integrity in a transparent manner. The dedication of resources to this topic indicates that both the Government and IMF recognize that improving governance and fighting corruption are essential for further economic development,” the IMF release reads.

In March 2021, Mauritania secured US$23 million from the IMF under an Extended Credit Facility (ECF), which outlines reforms to be implemented by the country.  According to the World Bank, the country’s mid-term outlook is positive. GDP growth is expected to be about 4.5% this year. Also, “in per capita terms, growth will average 3.3 percent for 2022-24, similar to pre-pandemic average (3.4 percent for 2016-2019).”