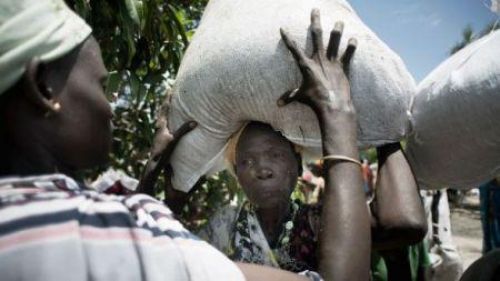 (Ecofin Agency) - The UN Food and Agriculture Organization (FAO) and the World Food Program (WFP) have alerted, through a joint report published on November 6, about an increase in acute hunger around the world.

In "The Early Warning Analysis of Acute Food Insecurity Hotspots," the two UN specialized agencies point out that the main factors of hunger are the multiplication and intensification of violence, economic crises aggravated by the socio-economic repercussions of covid-19, extreme weather events, transboundary threats such as the desert locust, and lack of access to humanitarian aid.

According to the report, the situation is particularly worrisome in some countries identified as red zones where levels of acute food insecurity are at their highest. Indeed, Burkina Faso shows the largest increase, with the number of people desperately hungry almost tripling to 3.3 million compared to 2019.

In Nigeria, it is estimated that about 8.7 million people will face food crisis in 16 northern states and the Federal capital Abuja. In South Sudan, a total of 6.48 million people (about 55.4% of the population) are expected to face a food crisis, of which 1.7 million are projected to be in a food emergency.

In the DRC, 22 million people are now acutely food insecure, the highest number ever recorded for a single country, according to the WFP and FAO.

The report also found that immediate action is needed to avert a major food crisis within three to six months.