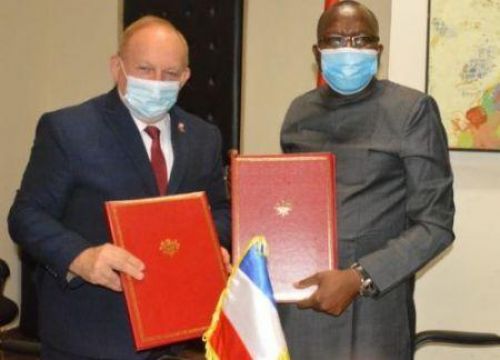 (Ecofin Agency) - Burkina Faso obtained from France a new moratorium on its debt of €5.9 million, or CFA3.8 billion. This deal is part of the Debt Service Suspension Initiative (DSSI) agreed by rich countries to help the poorest.

The DSSI aims to reduce the debt burden of vulnerable countries, namely countries eligible for concessional financing from the World Bank Group. It was decided by the Paris Club and the G20 countries on April 15 last year to help these vulnerable countries cope with Covid-19 and its impact on the global economy.

On February 5 this year, France granted a moratorium on Burkina Faso’s debt. The African country first benefited from the deferral of €5.8 million in debt and two extensions of €5.9 million each, as part of the DSSI. Overall, Burkina Faso has benefited from the suspension of more than €17 million since the initiative was introduced in May 2020. According to World Bank estimates, the country's "economic potential" should increase by 0.2% of its GDP by December 2021.

As a reminder, the DSSI was set up following a request from African finance ministers supported by the United Nations Economic Commission for Africa, the World Bank, and the International Monetary Fund (IMF). It allows beneficiaries to commit more financial resources to "fighting the impact of the pandemic and increasing social spending.”

However, many experts believe that more needs to be done to meet the real needs of African countries. Talks are also ongoing to convince private creditors to become part of the initiative.

According to the African Development Bank (AfDB), good management of the pandemic and the recovery of the global economy should have a positive impact on the Burkinabe economy. The banking institution forecasts a 5.1% increase in GDP this year and 5.2% next year.

A report by the French Treasury on France's outstanding debts to foreign states as of December 31, 2019, found that Ouagadougou owes a total of €202.2 million to Paris.