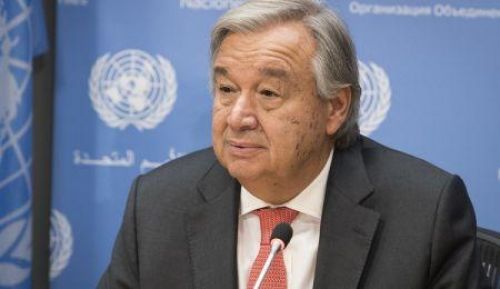 (Ecofin Agency) - UN Secretary-General Antonio Guterres (pictured) called for international action to combat the locust invasion in East Africa, during the 33rd Ordinary Summit of the Conference of Heads of State and Government of the African Union (AU).

The pests, which prevail in particular in Kenya, Ethiopia, Somalia, Eritrea, and Djibouti represent a real threat to food security in the region with a predominantly semi-arid climate. Highlighting the link between this invasion and climate change, the leader stressed the need for rapid financial assistance from developed countries.

While the FAO has requested financial assistance of $76 million to support the 5 countries already affected, it said last week that it has mobilized only $15.4 million so far. According to the UN, countries like South Sudan and Uganda also are at risk of locust invasion.