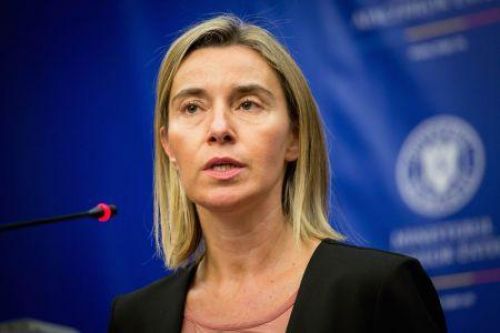 According to the manager, the new aid will be in addition to the funding already announced a few months earlier by the European institution. It will finance the deployment of the G5 Sahel joint force “including its police component”.

This announcement was made at the fifth inter-ministerial meeting of the G5 Sahel countries, held on Tuesday, July 10 in Ouagadougou, Burkina Faso. “We have decided to consolidate the partnership on the basis of the following priorities: ownership by the five countries of the G5 Sahel, in particular through enhanced coordination by the Permanent Secretariat, the definition of an integrated framework for action on security and development and the identification of priority areas on which the parties' efforts will be concentrated,” said Federica Mogherini.

Created in 2014, the G5 Sahel, which aims to pool efforts of Mali, Chad, Burkina Faso, Niger and Mauritania to combat terrorism and insecurity in the region, has seen its deployment delayed due to a lack of the financial resources necessary for its operationalization. Last December, donors pledged more than $2 billion in funding to the organization, mainly for the implementation of its priority investment program.