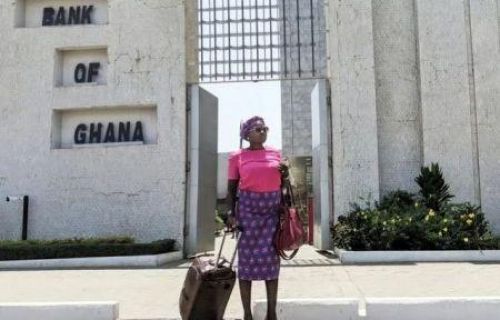 (Ecofin Agency) - In December 2022, the country, which is battling a serious economic crisis, decided to temporarily suspend the payment of part of its foreign debts, pending a restructuring agreement with creditors.

Last Tuesday, Ghana officially requested a restructuring of its bilateral debts under the G20 Framework, Reuters reported citing sources close to the case.

The request aims to include countries like China that are not part of the Paris Club in the restructuring talks, the same source informs.

According to data from the International Institute of Finance (IIF), Beijing is Ghana's largest bilateral creditor with US$1.7 billion, compared to US$1.9 billion for all the creditors in the Paris Club.

On December 19, 2022, Ghana announced the temporary suspension of the payment of part of its foreign debt. The measure concerns Eurobonds, commercial term loans, and most bilateral debts. It is intended to prevent further deterioration of the country's economic, financial and social situation, pending agreements with creditors.

Ghana is battling a serious economic crisis caused by the coronavirus pandemic and the consequence of the war in Ukraine. Debt service swallows close to 70% of the country's public earnings. In November 2022, inflation reached 70% and the local currency depreciated by over 50% compared to its January 2022 value.

In a bid to refill public finances, on December 12, 2022, Ghana reached a staff-level agreement with the IMF for a US$3 billion bailout plan, which is to be followed by a set of reforms aimed at restoring macroeconomic stability. The IMF estimated that the country's debt was not sustainable and conditioned the bailout package to a debt restructuring.

Almost a month earlier, in November 2022, Ghana announced its plan to ask its Eurobond holders to agree to up to 30 percent haircut on the principal. It also indicated it was planning to suspend coupon payments to domestic bondholders as part of debt restructuring talks.

The G20 Common Framework for Debt Treatment, developed by G20 countries, became effective after the expiration of the Debt Service Suspension Initiative launched, in 2020, by the G20, the IMF, and the World Bank to help poor countries deal with the consequences of the coronavirus pandemic. Among other things, it includes commitments to transparency and "comparability of treatment," which aims to ensure balanced treatment of the debtor country's debt by all external creditors.  There is no obligation on private creditors, who are least likely to forgive their debts, to join the initiative.

Let's note that Ghana is the fourth country to request debt restructuring under the G20 Common Framework after Ethiopia, Chad, and Zambia.