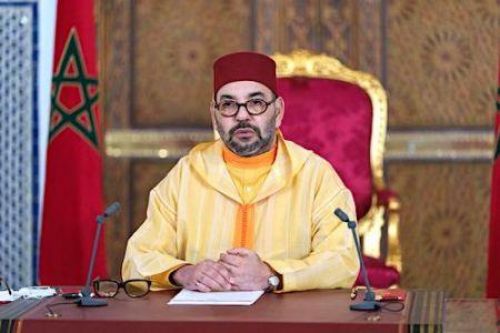 (Ecofin Agency) - The King of Morocco Mohammed VI named a new government and presented the new development guidelines for the next 5 years. The 3-axis roadmap was unveiled on the sidelines of the 11th legislature’s parliamentary session.

The first point concerns the country’s sovereignty and is aimed at consolidating its position as a regional engine of growth. While talking about the security of strategic needs and supplies, Mohammed VI recalled that "unlike many other countries that have experienced significant disruption in the supply and distribution of necessities, Morocco was able to meet its needs and ensure a normal and sufficient supply of its markets.”  He also announced the creation of a national integrated system for the strategic reserve of necessities including food.

The Moroccan leader secondly wants to focus on turning challenges into growth opportunities during and after the health crisis. Many observers and analysts hailed the way Morocco managed the crisis. The primary sector in the country recorded a 17% growth at a time when many countries around the world have experienced constant disruptions in their agricultural supply chains.

Other sectors such as industry and services have also performed well. Overall, Morocco’s economic growth is forecasted at 5.5% this year, while the global economic activity has been in decline. Moroccan citizens have continued to benefit from a diversified base, with prices remaining unchanged and inflation under control at around 1%.

King Mohammed VI noted that "the State has fulfilled its duty to satisfy citizens in times of health crisis," referring to the free vaccine deployment. He also urged the unvaccinated populations to get vaccinated.

The third axis concerns the new development model (NMD) and social protection. This part is aimed at accelerating economic transformation and developing human capital. The implementation of this model lies on the National Pact for Development, the King said.