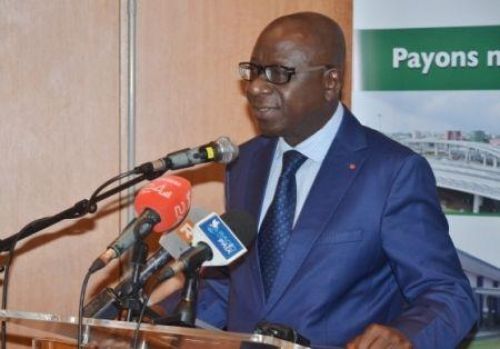 (Ecofin Agency) - In a gloomy economic context marked by covid-19, the Ivorian government is continuing its tax mobilization plan to support the state budget. The target set for the third quarter of this year has been largely exceeded.

Between July and September this year, the Ivorian General Directorate of Taxes (DGI) has collected $1.3 billion (CFA743.6 billion) in tax revenue. "Our initial tax target was CFA660.2 billion for the period. We achieved a surplus of CFA83.4 billion. This makes a mobilization rate of 112.6%," said Sié Abou Ouattara (pictured), Director General of Taxes.

According to him, this good momentum is expected to continue over the 4th quarter. "We are already on the right track […] we must continue to implement the ambitious reforms already underway," he said.

For the fourth quarter of 2021, the authorities eye a tax mobilization of CFA606.6 billion ($1.06 billion), about CFA54 billion ($95 million) less than the third quarter. The tax burden in Côte d'Ivoire remains low. The government estimates it at about 12.5%, while the average rate within the West African Economic and Monetary Union (WAEMU) is 20%. The authorities hope to close this gap to achieve higher tax mobilization rates.