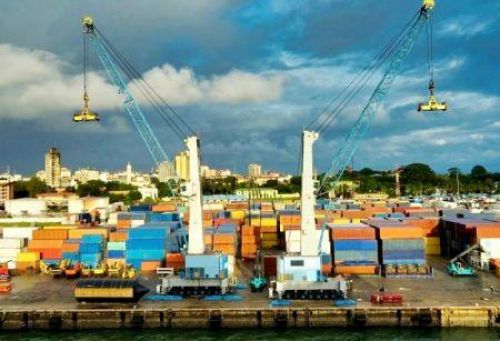 (Ecofin Agency) - Between 2008 and 2018, intraregional trade rose by more than four percentage points, from 15.2% to 19.5%, in the SADC region. By implementing several measures, regional authorities want to increase that rate.

The Southern African Development Community (SADC) launched, Wednesday (September 7) its electronic certificate of origin (e-CoO) to facilitate intra-regional trade. The launch was announced the following day in a release published on the community’s website.

The electronic certificate will replace the manual one. It is aimed at “simplifying customs procedures, enhancing e-Commerce, eliminating fraud, improving record management and statistical data, reducing cross-border certificate verification time as well as reducing the cost of doing business.”

According to John Biziwick, Commissioner General of the Malawi Revenue Authority (MRA), the initiative “will improve the way business is conducted in the Region because the challenges that were associated with the manual processing of the certificate will be eliminated.”

e-CoO is an electronic document that will be issued by an authority certifying that goods declared by an exporter or importer comply with specific rules, per criteria set out in the SADC trade protocol. It will initially be implemented in Malawi, Zambia, and Eswatini.

On Tuesday, July 5, the community announced the development of new measures to address issues that increase transaction costs. The measures, which aim to boost intra-regional trades, include the simplification and harmonization of trade documents. They also include improving transparency in the operations of regulatory agencies, harmonizing standards and technical regulations, harmonizing sanitary and phytosanitary (SPS) measures, monitoring and resolving non-tariff barriers (NTBs), and improving the business environments.

In addition, they plan to build the North-South Corridor (NSC) during the 2021/2022 fiscal years. The corridor will connect the South African port of Durban to Lusaka (Zambia), Lubumbashi (DRC), Lilongwe, and Blantyre (Malawi) via Johannesburg ( South Africa) Botswana, and Zimbabwe.