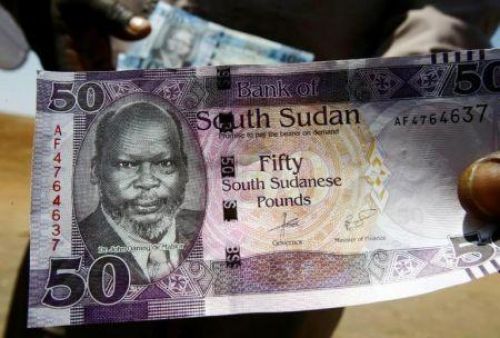 (Ecofin Agency) - The South Sudanese government is considering abandoning the local currency, the South Sudanese Pound, to better cope with the current economic crisis and the depreciation of the currency. The information was reported on October 9 by Michael Makuei Lueth, the minister of information and broadcasting.

The coronavirus pandemic has led to a drastic drop in oil prices, therefore dropping the country’s revenues. Also, currently, $1 is SSP510 on the black market, while the official rate is SSP167 for a dollar.

Authorities said this situation is due to an increasing trend of hoarding observed among the population. "Most citizens hold money at home, fearing that their money will be confiscated when they deposit it in the bank. The government has therefore decided to change the currency,” said Minister Lueth.

This decision comes in a particular context for the southern Sudanese economy, shattered by several years of civil war, which the government of President Salva Kiir has been trying to reform for several months. In mid-September, Salvatore Garang Mabiordit Wol, the former Minister of Finance, was dismissed and replaced by Athian Diing.

"The current currency will be changed and if at some point it is no longer in use, the one you have will be just a piece of paper," warned Minister Lueth, urging the population to "hurry to the bank to avoid queuing up when the time comes to change the currency."