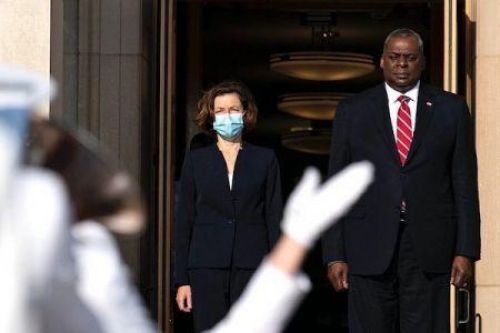 (Ecofin Agency) - Following a bilateral meeting held last Friday at the Pentagon, U.S. Secretary of Defense Lloyd Austin and French Minister of the Armed Forces Florence Parly signed a Franco-American roadmap for increased cooperation in the field of special operations. This cooperation is aimed at fighting "non-state threats," such as al-Qaeda and the Islamic State group.

The agreement also appears to herald new joint actions on the African continent. As part of their transatlantic cooperation, the two Western leaders "also discussed bilateral cooperation and opportunities for continued engagement in the Middle East and Africa, where France and the United States have a long history of working together to address common challenges," a Pentagon statement said.

For the US, this would include continuing to collaborate with France (active in several operations in the Sahel) to fight Islamic jihadist groups. Washington says this news comes at a time American forces are withdrawing from Afghanistan, and the counter-terrorism effort is expected to shift from that territory to the African continent, and other hot spots.

On the other hand, French President Emmanuel Macron announced his country would begin closing military bases in northern Mali by the end of the year. In a joint press conference with his Nigerien counterpart Mohamed Bazoum, on the sidelines of a G5-Sahel meeting, the two leaders revisited the reconfiguration of France's military presence in the Sahel and the closure of its bases.

For Mohamed Bazoum, whose country is in the front line of the terrorist threat in the Sahel, "France has electronic intelligence capabilities and air assets that we do not have and that can complement our action. The new configuration does not deprive us of this possibility.”