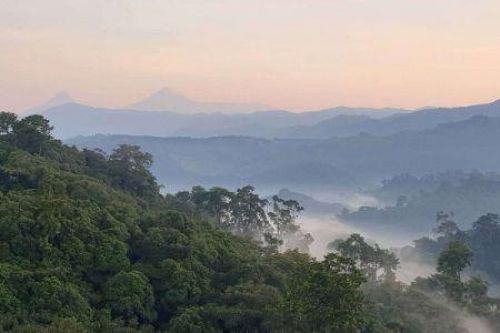 (Ecofin Agency) - In Africa, Rwanda is the first country to benefit from the new Resilience and Sustainability Fund launched by the IMF a few months ago to support the fight against climate change and the preparation for future pandemics.

Rwanda will receive US$319 million from the International Monetary Fund (IMF) under a new aid program, the fund announced in a release dated Monday, December 12.

The financing is part of an agreement for a Resilience and Sustainability Facility (RSF) with the country. The first of its kind for an African country, it aims to help low- and middle-income, vulnerable countries "address longer-term structural challenges such as climate change with longer-term, low-cost financing."

To achieve this goal, the reforms called for in the agreement will aim to improve transparency and accountability in the planning, implementation, reporting, and monitoring of climate change budget resources. It will also facilitate sustainable public investment, open up new fiscal space and mitigate fiscal risks while strengthening public debt dynamics and forward-looking balance of payments stability.

The announcement comes at a time when climate change has gradually become a major development issue in the world and for African countries in particular. Despite emitting the lowest volume of greenhouse gases, African countries are among the ones suffering the most from the consequences of global warming. They have called on rich countries to finance their programs to fight and adapt to climate change, as promised at the COP21 in Paris (2015).

In 2022, the IMF launched the RSF program as part of its Resilience and Sustainability Trust Fund to address part of the climate change issue and to better prepare countries for future pandemics. Under the program, poor countries receive loans repayable over a 20-year period, with a 10.5-year grace period.

“Rwanda has become the first African and low-income country to benefit from the Resilience and Sustainability Facility (RSF), a recognition of the country’s commitment to strengthen its resilience to climate change. [...] The authorities’ commitment to building socioeconomic resilience through adaptive social safety nets, human capital investments, economic diversification policies, and climate resilience reforms is commendable. The RSF arrangement, underpinned by a strong reform package will help advance Rwanda’s efforts to build climate resilience,”  said Mr. Bo Li, Deputy Managing Director and Acting Chair of the Board.

The funding will be progressively disbursed based on the results of the various reviews of the new 36-month Policy Coordination Instrument (PCI) approved by the Fund. It will also be disbursed based on progress in the implementation of reforms under the RSF.