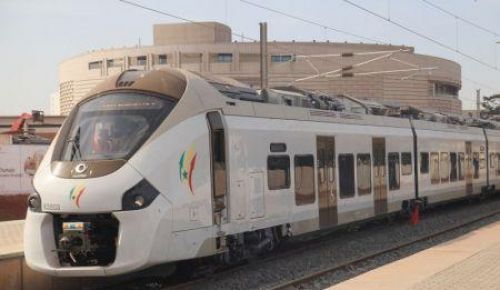 (Ecofin Agency) - Senegal has great ambitions for its railway sector. During the technical validation workshop of the 2035 railway policy held last week in Dakar, Mayacine Camara, the Secretary of State for the Railway Network, said the government has plans to invest CFA50 billion a year in the sector.

“We have a three-pronged strategic vision that should lead to 13 structuring projects aiming at linking the entire national territory with more than 2,070 km of new lines, for an annual commitment of 50 billion CFA francs (€76 million). This makes 0.9% of our annual GDP,” he said. The three-pronged approach includes strengthening of the interconnectivity of economic activities, supporting social and territorial inclusion policy and promoting regional integration. According to Mayacine Camara, this will make it possible to serve 75% of the Senegalese population by 2035, generating 180,000 jobs during the works.

Still, by 2035, the government expects the network to transport 2.5 million passengers and 24.2 million tons of freight, for a revenue of CFA200 billion a year (€305 million). According to the official, a modernized railway sector will help reduce CO2 emission by 12 million tons.
“The plan is to build by 2035, an environment-friendly and safe railway system that respects social and territorial equity while offering an efficient transport service,” he said, reassuring that this policy will be a growth factor, conducive to improving overall competitiveness and interconnectivity of economic activities.