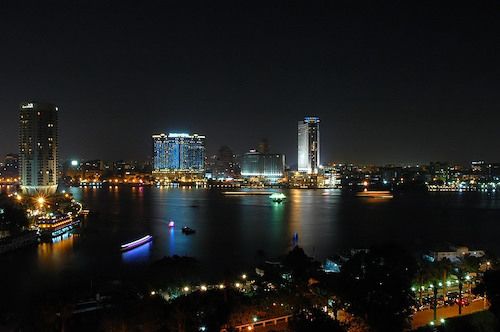 (AfDB) - The tourism and industrial sectors in North Africa are likely to be hardest hit by the COVID-19 pandemic, according to the 2020 edition of the North Africa Economic Outlook report, published on Tuesday by the African Development Bank.

Faced with an unparalleled crisis, the region’s countries implemented health and budget measures to curb the spread of the virus and protect their populations. The economic slowdown, due to disruptions across several sectors, has had large-scale socioeconomic consequences.

The rapidity with which economic and other restrictions are being lifted in North Africa is raising uncertainty and suggests two distinct recovery scenarios. The first is based on a timeline for emerging from the crisis in July 2020. The second is based on the pandemic lasting through December 2020.

The North Africa Economic Outlook 2020 shows that the services, tourism and industrial sectors, which are the main contributors to the regional economy, have been severely affected by the numerous restrictions associated with the COVID-19 response.

The report suggests that the pandemic’s negative impact on global demand and the prices of basic goods is likely to increase fiscal deficits and current account imbalances in the region. In the worst-case scenario, the fiscal deficit in 2020 could average 10.9% of regional GDP. In 2019, the fiscal balance, estimated at ‑5.6% of regional GDP, exceeded the African average of ‑4.7%.

Regarding the current account balance, North African countries recorded an average deficit of 4.4% of GDP in 2019. Assuming a reduction in global demand of 7.9% and a crude oil price of $20 per barrel, the worst-case scenario suggests a deficit of 11.4% of GDP in 2020. This situation is attributable mainly to the deficits of oil-exporting countries, 20% and 19.8% of GDP in Algeria and Libya respectively. This is true also of Mauritania (17%) and Tunisia (12.2%), whose main trading partners, China and Europe, are expected to be in recession in 2020.

The report also emphasises the non-inclusive nature of growth in North Africa. Social and regional disparities, already significant, have widened as a result of the pandemic. The report recommends tackling them by undertaking structural reforms to increase public-sector efficiency and private-sector competitiveness to create more jobs.

The report calls on North African countries to continue to implement fiscal measures to protect affected households and businesses. The development of the agro-industrial sector is also recommended to promote local agricultural value chains. Further, countries should work toward greater trade openness and integration, in the context of the African Continental Free Trade Area (AfCFTA).

The Bank recommends investing in human capital and skills as an essential condition for accelerating economic development. In North Africa, adapting skills to match job opportunities emerging because of the fourth industrial revolution will require coordinated reforms of both education and training systems, notes the report. For workers still in employment, countries should introduce more efficient mechanisms to promote in-work training. Governments could consider providing grants to the private sector to create jobs for young people and women in strategic sectors. Finally, the development of the manufacturing sector is a key driver of economic growth, as it provides productive, well-paid jobs for a large number of workers.

About the African Economic Outlook report

The African Economic Outlook report is one of the African Development Bank Group’s flagship publications. It offers an overview of the economies of 54 African countries. It is now supplemented with five reports, each dedicated to one of the continent’s sub-regions.