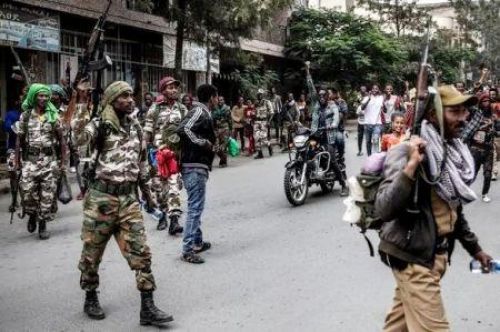 (Ecofin Agency) - After a first offensive last June 28, the Tigray People’s Liberation Front (TPLF) announced its rebels have taken over the region’s Capital, Mekele. In the aftermath, the central Ethiopian government announced a unilateral ceasefire agreement, which the TPLF made subject to certain conditions.

In Ethiopia, the Tigray region has become the scene of a new offensive by rebel forces since Monday, July 12. The following day, the spokesman for the Tigrayan fighters, Getachew Reda, announced that the rebels had launched a new charge in this region, which has been marked by fighting since late 2020.

Reda says the offensive was launched in southern Tigray, specifically in the Raya region. "We were able to absolutely rout federal defense forces and Amhara special forces divisions," he told AFP, adding that the rebel soldiers had managed to secure most of southern Tigray including Korem and Alamata (the main town in the area).

This new offensive comes a few weeks after the first one that led to the takeover of the town of Mekele on June 28. While this new offensive confirms the strong comeback of the Tigrayan rebels, it also undermines the prospect of a real ceasefire as desired by Prime Minister Abiy Ahmed. The day after the rebels took over Mekele, the leader announced a unilateral ceasefire, without admitting that his forces had been routed, as the Tigray People's Liberation Front (TPLF) claims.

The TPLF initially rejected the ceasefire agreement, but later announced that it would respect it on the strict condition that Eritrean and Amhara troops withdraw from Tigray. These troops are the main supporters of the federal Ethiopian army, which has been waging a war against the TPLF since November 2020.

Although Addis Ababa has not yet confirmed this second offensive, the situation seems to indicate that the TPLF will continue fighting until its demands are fully met. While Abiy Ahmed's party just won a landslide victory in the legislative elections, thus ensuring the 2019 Nobel Peace Prize winner a second term as head of the country, his management of the crisis will be scrutinized by the international community, which continues to denounce the human rights violations committed since the beginning of this war. “We have promised to liberate every inch of Tigray,” said Getachew Reda.