Madagascar gets additional US$85 mln funding to reduce stunting rate 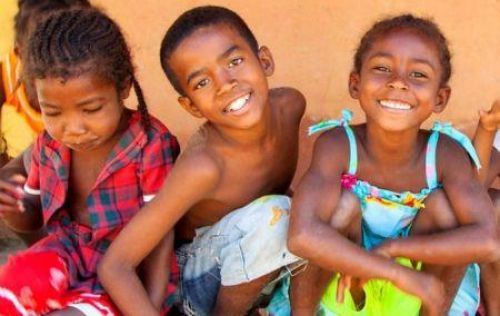 (Ecofin Agency) - The World Bank estimates that in Madagascar, 1.7 million children (or 40%) under five are stunted. The rate is one of the highest in the world due primarily to chronic malnutrition.

The Malagasy government will benefit from two funding packages totaling US$85 million from the World Bank to enhance a nutrition program being implemented in the country. The funding packages were announced by the Bretton Woods institution Wednesday, July 13.

The packages include a loan and a grant of about US$42.5 million each. They will be granted for the implementation of the second phase of a multiphase 10-year program approved in late 2017 to improve nutritional outcomes and reduce the stunting rate in Madagascar. It will focus on children under five living in the regions with the highest stunting rates before expanding to 15 regions in the country. Ultimately, the initiative will benefit nearly 75% of children in the targeted regions.

“With the geographical expansion of phase 2, it would cover 65% of under-five children by the end of 2026. By 2028, the program is expected to reduce the number of stunted children by 30% in targeted regions,” the World Bank explains.

According to the Bretton Woods institution, the first phase of the program enabled more than 1.8 million women and children under five to receive health and nutrition services. The second phase will maintain the focus on “the core activities of increasing quality and accessibility of  essential reproductive, maternal, and child health and nutrition services, demand generation, and systems strengthening.”

Although the country has one of the highest stunting rates globally, slow but steady progress has been made in recent years. “The prevalence of stunting has decreased from 50.1% in 2008-9 to 39.8% in 2021. This rate of improvement of 0.86 percentage points per year is better than the average rate of improvement in the Africa region,” the World Bank indicates.