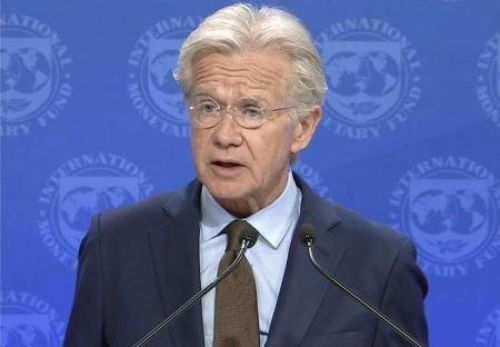 (Ecofin Agency) - The new "food shock window" would allow member countries to borrow additional financing representing up to 50 percent of their IMF quota under the rapid financing instrument.

"The IMF is looking at all options to improve its toolkit, including to help countries affected by the food crisis. The Executive Board has just begun informal discussions on one such proposal: a new food shock window under our emergency financing arrangements," IMF spokesman Gerry Rice (photo) told Reuters.

While disclosing that the IMF has lent more than US$268 billion to 93 countries since the start of covid-19, Rice also said a formal vote in favor of the new proposal is likely before the Fund's annual meetings in October.

The new "food shock window" would allow the IMF to increase financing to countries facing balance of payments problems caused by the food crisis triggered by the war in Ukraine and global inflation following the pandemic. It would temporarily increase funding limits and allow all members to borrow additional funds, representing up to 50 percent of their IMF quota under the rapid financing instrument.

Food prices have soared since the start of the Russia-Ukraine conflict, partly due to disruptions in supply chains and sanctions against Russia. This rise led to food shortages and increased food insecurity in several countries, particularly in Africa.