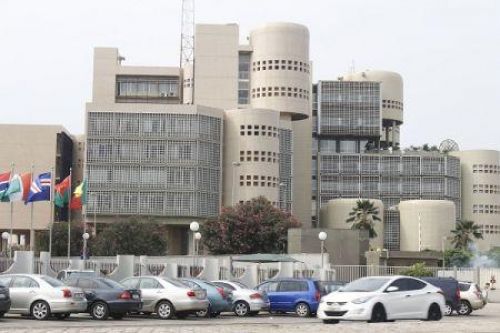 (Ecofin Agency) - The committed investment percentage is higher than the 10% the WADB dedicated to climate financing over 2015-2019.

The West African Development Bank (WADB) plans to invest XOF825 billion (US$1.3 billion), representing at least 25% of its portfolio in climate projects over 2021-2025. The commitment was announced by WADB president Serge Ekue on the sidelines of COP27 held in Sharm el-Sheikh in Egypt last week.

"Our goal is to allocate 25% or about €1.2 billion of our commitments to climate finance between 2021 and 2025 with an expected 10% leverage from funds and capital markets," he said, citing the key sectors that will benefit from the dedicated climate financing.

The funds, expected from capital markets and partners, will be used to address the various problems caused by climate change, food security being the first priority area.

First, the WADB intends to strengthen WAEMU countries’ capacity to overcome food insecurity by financing the development of climate-smart agriculture.

"In our fight against food insecurity, 14% of our overall commitments have been devoted to agriculture, i.e. CFAF965 billion in cumulative financing. We will continue to strengthen our interventions in this essential and priority sector," the Serge Ekue promised at the Africa Investment Forum (AIF) held in Abidjan from November 2 to 4, 2022. This promise was reiterated on the sidelines of COP27, at a time when the climate change is having an increasingly apparent impact.

Sahelian countries, notably Burkina Faso, Mali and Niger, who are all members of the WAEMU union are already grappling with the impacts of climate change. In the last two agricultural seasons, climate change dashed their hopes for harvests, putting great pressure on the production of their southern neighbors, namely Benin, Togo and Côte d'Ivoire.  The situation, combined with the consequences of the Russia-Ukraine war, fueled an inflationary bubble with prices reaching record levels in the affected countries.

According to observers, this is just the beginning of a series of poor harvests that may further food insecurity and affect the growth of other non-Sahelian WAEMU countries as the eight member countries heavily depend on Agriculture that provides jobs to more than 50% of the population.

The second focus is energy transition. In that regard, the WADB plans to finance the development of 380MW energy sources, combining clean sources and connecting intra-regional infrastructure. Specifically, it will fund the installation of approximately 215 MW of new solar energy generation infrastructure. The energy program also aims to "strengthen the regulatory framework and public energy institutions' capacity to attract large-scale private capital through application of the IPP [ed.note: Independent power producer] and PPP [ed.note: Public-Private partnerships] models.”

The WAEMU population is expected to rise by 121% by 2050, from 127 million in 2019 to 280 million. The population growth could lead “to strong urbanization of major cities, causing huge challenges and forcing government to adopt sustainable models that favors urban transition with the construction of infrastructure (transport and housing) and climate-smart green urban spaces", WADB experts stress.

The development bank wants to contribute to the transformation process on a continent where 80% of the houses to be found by 2050 are yet to be built. Meanwhile “nearly 40% of global carbon dioxide emissions come from the real estate sector.”

The WADB wants to use part of its dedicated climate fund to support member countries in the development of “sustainable urban models with climate-resilient cities and infrasturscture,” said Serge Ekue at a press briefing.

According to the WADB 2021-2025 environment and climate strategy, the development bank will contribute to the transformation process by funding the construction of basic infrastructure, social services (health and education), affordable housing and the development of waste management projects. It will also fund the construction of transport networks promoting  electric mobility, as well as climate-resilient urban projects.

Overall, through these various commitments, the financial institution -which is focused on increasing both its commitment and the regional banking sector’s commitment to green projects- wants to help the WAEMU regions reduce their C02 emmision by about 18 million tons and strengthen their resilience.