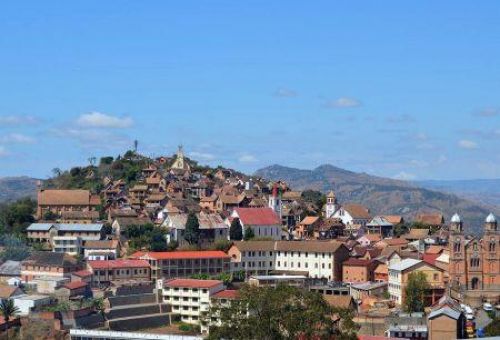 (Ecofin Agency) - The Madagascar government reached a staff-level agreement with the International Monetary Fund (IMF) for the disbursement of $320 million.

In an official statement, the Fund said the new deal is an Extended Credit Facility set up to assist the country in the implementation of its economic reforms. The goal is to support the post-Covid recovery, improve and sustain inclusive growth and reduce poverty.

Last year, Madagascar suffered an economic decline of more than 4% due to the harsh blow to the tourism industry caused by the pandemic. Lower exports, notably in the mining and textile sectors, and lower domestic demand also contributed to the GDP contraction.

“In this context, further to continuing to address the social and economic consequences of the pandemic, the new program aims at rebuilding fiscal space for much needed social spending and investment; advancing the structural reform agenda, including enhancing the monetary framework and financial supervision; and improving governance. IMF financial support is also expected to help stimulate private sector investment and catalyze financial support from development partners,” the IMF statement reads.

As a reminder, Madagascar has benefited in 2016 from an ECF of $304 million and the facility was strengthen last year to support the response against Covid-19. Although the country has made significant progress, IMF believes that further reforms are needed to reduce the country's exposure to climate shocks and fiscal risks.

To this end, the Fund calls on the government to strengthen the strategy for mobilizing domestic revenue, which fell sharply last year, bringing the budget balance from a surplus in 2019 to a deficit in 2020 (-3%).

“Improving governance, with an effective enforcement of the anti-corruption legal framework, ensuring that appropriate human and financial resources are allocated for the institutions in charge of the fight against corruption, will be key to improve the business climate and attract private investment,” IMF says.

It is important note that the deal is subject to approval from the IMF Executive Board before being effective.