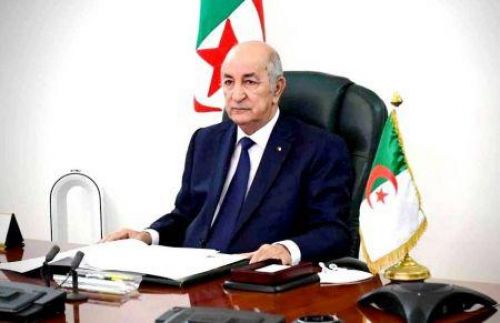 (Ecofin Agency) - The government of Algeria aims to save $20 billion by the end of this year through the implementation of new economic and financial reforms. The information was reported following a council of ministers held on July 13.

According to President Abdelmadjid Tebboune (pictured), the reforms target the banking, tax, and commercial sectors. In the coming years, actions will focus on accelerating the digitalization and modernization of “the tax, land management, and customs sectors” and pursuing the implementation of the Islamic finance procedure to “stimulate the collection of savings and create new sources of credit.” The government also wants to recover the money circulating in the informal market and re-inject it in the formal market. Plans are also underway to recover, from the country's gold reserves, “funds frozen for decades in customs and seizures, ports and airports” and integrate them into the national reserves.

In the commercial sector, the government intends to reduce the level of imports, particularly services and maritime transport of goods, to preserve the foreign exchange reserves affected by the double effect of the covid-19 and the fall in oil prices. The pandemic that has already affected at least 19,206 people in Algeria continues to wreak havoc. The country anticipates a decline in its macroeconomic performance this year.

In the first quarter of 2020, for example, the trade deficit widened by 26% compared to the same period in 2019, while the authorities expect the level of foreign exchange reserves to drop from $51.6 billion to $44.2 billion. The Algerian government announced in May that the state would now halve its 2020 operating budget.

According to Finance Minister Aïmen Benabderrahmane, the country is ready to inject “immediately” for investment and economic recovery the equivalent of 1000 billion dinars ($7.7 billion) “to which should be added available $10 billion.”