Relations between Mali and France may ease in the coming months 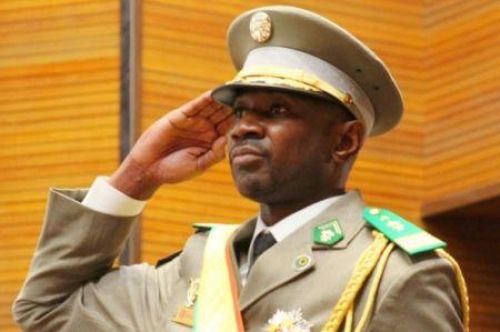 (Ecofin Agency) - Media sources report that the French and Malian presidents will meet on December 20 in Bamako. This will be an opportunity for the two leaders to seek ways to ease tensions between their countries.

Since Colonel Assimi Goïta (pictured) came to power, Paris has repeatedly expressed doubts about the Malian government's willingness to transfer power to civilian hands. French authorities strongly condemned the second coup d'état led by Assimi Goïta and questioned the credibility of the new government, especially since Bamako announced its inability to hold elections as initially planned.

Tensions between Mali and France deteriorated further with the African country’s rapprochement with Russia as part of the fight against terrorism. Accused by the Malian Prime Minister, Choguel Maïga, of having abandoned Mali after the decision to end Operation Barkhane, Paris said it was just a "redeployment" of forces. Also, French soldiers have already withdrawn from the Malian cities of Kidal, Tessalit, and Timbuktu.

On the other hand, Mali has never confirmed its "rapprochement" with Russia but has reiterated that it will not let anyone dictate with whom its government can collaborate. The upcoming meeting between Emmanuel Macron and Assimi Goita is therefore the occasion for them to discuss these hot issues, at a time when "anti-French sentiment" seems to have never been so high in the Sahel. As a reminder, French military convoys have recently been blocked in Niger and Burkina Faso.

Even if it does not result in major commitments, the meeting represents, according to several observers, a major step forward in the search for common ground through diplomatic ways.