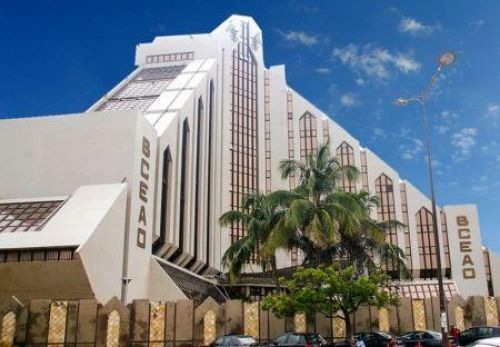 (Ecofin Agency) - BCEAO once again raised its key rate, tightening money supply conditions, to contain inflation. However, in the region, containing inflation requires more than a monetary policy and a report by Ecofin Agency explains.

At the end of its monetary policy committee meeting on Wednesday, September 14, the Central Bank of West African States (BCEAO) decided to, once again, raise its key rate from 2.25% to 2.5%.

For the central bank, the "decision, which follows the first rate hike in June, will help gradually bring the inflation rate within the central bank's target range (1% to 3%) over the medium term," the institution explained in a release. Apart from the inflation, the BCEAO as well as its Central African peer BEAC (both uses the CFA Franc) are also concerned about one issue: ensuring that the money supply would not pressure their foreign exchange reserves. As of the end of June 2022, in the WAEMU region, the foreign reserves were covering 5.1 months of imports. Although the coverage ratio is sound, it is still not enough given the central bank’s target to stabilize the WAEMU currency, the CFA Franc.

Theoretically, the decision will tame inflation and reduce the liquidity circulating in the WAEMU region, causing the CFA Franc exchange rate to rise. However, while deciding to hike the key rate applicable to all the countries of the WAEMU region, the BCEAO seems oblivious to the economic realities of each member country and some inflationary pressures.

In August 2022, inflation rose to 8.1%, higher on a yearly, quarterly, and monthly basis. For BCEAO analysts, in the WAEMU region, 60% of the inflation was contributed by external  (the Russia-Ukraine war, soaring energy prices, etc) and domestic (poor agricultural productivity) factors. Although the countries can obviously do nothing concerning the external factors, they can take some actions concerning the domestic factors, notably agricultural productivity.

The poor harvests noted by the BCEAO are partly the result of a credit policy that fails to grant sufficient loans to farmers for their operations. Banks usually point at the poor structure and lack of information on the farmers to keep that policy. As a result, just 3% of the loans granted in the region go to the agricultural sector. A significant portion of that 3% is dedicated to cash crops (cocoa, coffee, cashew nuts, and cotton).

The rate hiking decision will also affect the private sector. Indeed, the volume of funds raised by member countries on the regional money market is ever-rising. In a market where a sizeable portion of bank loans are granted to governments and public institutions, as the money supply drops because of the rate hike and governments are raising more funds, some segments of the private sector will bear the consequences.

To resolve the various issues, one needs a strong understanding of the inflation process and critical thinking to pinpoint the most suited solutions. According to an Ecofin Agency report, in the WAEMU region, the inflation dynamic is complex. The Russia-Ukraine crisis has catalyzed the issue but, it is a long-standing issue. Poor agricultural productivity and member countries' integration problems seem more like the root cause of the problem.