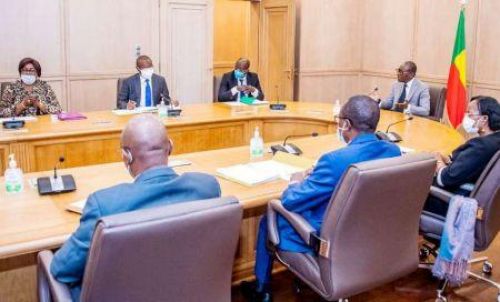 (Ecofin Agency) - The Government of Benin plans to mobilize a little more than $20.5 billion over the next five years to finance its development program. The decision was made public following the Council of Ministers held yesterday.

The Government Action Program (PAG) 2021-26 aims to boost the country's economic and social transformation. It builds on three areas, including strengthening democracy, the rule of law, and good governance; continuing the structural transformation of the economy, and continuing to improve the social well-being of the population.

The project will enable the country to take a step forward in achieving the SDGs Agenda 2030 and the AU Agenda 2063. It aligns with the  National Development Plan 2018-2025.

"The PAG 2021-26 will be used for scheduling the activities of ministries, agencies, and other entities, as well as for the development and implementation of the state budget," the statement reads. This new program is worth over 33% more than the previous one, which was valued at about $15 billion. For his second term, President Patrice Talon says he wants to capitalize on his first term to pursue the main development projects while placing greater emphasis on social issues. These projects include achieving 100% drinking water coverage by 2023, reaching energy autonomy, and building new asphalt roads to link all 77 communes in the country.

Of the $20.5 billion needed for the PAG 2021-2026, the government has committed to providing 48% of the funds, while the remaining 52% will be provided by the private sector. Authorities also plan to proceed with an "upgrading of workers' salaries" and to "make the public administration more productive and efficient". A reduction in the cost of living of the State is also announced.