Egypt: Govt announces an increase in the minimum wage for civil servants 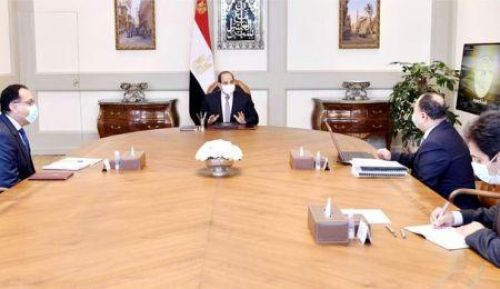 (Ecofin Agency) - Egyptian President Abdel Fattah al-Sissi announced last March 15 his intention to increase the minimum wage for civil servants. The information was relayed by the spokesman of the Egyptian presidency, Bassam Rady, in a statement issued the same day.

The announcement follows a meeting with PM Dr. Mostafa Madbouly, and the Minister of Finance, Dr. Mohamed Maait, which saw the authorities discuss the draft budget for the next fiscal year 2021-22. According to the statement, the minimum salary for Egyptian public administration staff will increase from EGP2,000 to EGP2,400 ($153); up 20%.

The president also ordered the implementation of some provisions for workers, whether or not they are subject to the civil service law. These include the "increase in pensions by 13%" and the promotion of "employees who meet the conditions for promotion on 6/30/2021."

Regarding the proposed budget for FY2021-22, the Minister of Finance said that it "aims to reduce the total deficit to about 6.6% of GDP and achieve an initial surplus of 1.5% of GDP, while maintaining debt levels." According to him, this will maintain certain stability necessary for the recovery of the economy, especially in a context where factors such as covid-19 have shaken the Egyptian economy.