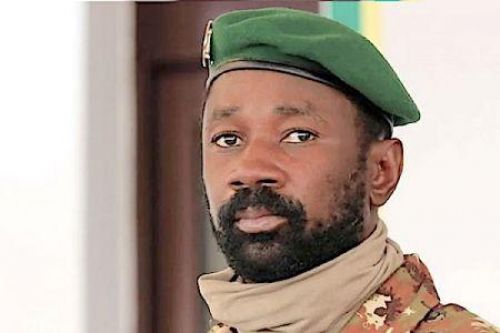 (Ecofin Agency) - According to the Africa Center, Mali’s military junta claims it is the only entity “able to provide security, enhance justice, and return the country to democracy.” However, the country seems to be facing a “deeper security crisis.”

In Mali, official reports contrast with the ground realities, according to infographics published in early  April 2022 by the Africa Center for Strategic Studies, an institution funded by the U.S Congress.

The comment following the infographic indicates that the current Malian government built its legitimacy on the need to restore security, justice, and democracy. But the situation seems to have worsened under the said administration. “Since taking power in August 2020, violence has spread and intensified across Mali. Tellingly, extremist violence has been higher in every quarter since the junta’s power grab than in any quarter before the coup,” the center writes.

Since Assimi Goita’s first coup two years ago, the number of violent events has risen significantly in Mali, going from 530 in 2020, to 634 in 2021. According to the Africa Center, this year, it will probably rise by 70% because, in the first quarter, 920 events were recorded.

Despite the realities portrayed by those data, Malian authorities claim the security situation has improved under the current administration. In the infographic below, the Africa Center for Strategic Studies presented other claims made by Malian authorities portraying a different reality than the ones on ground. 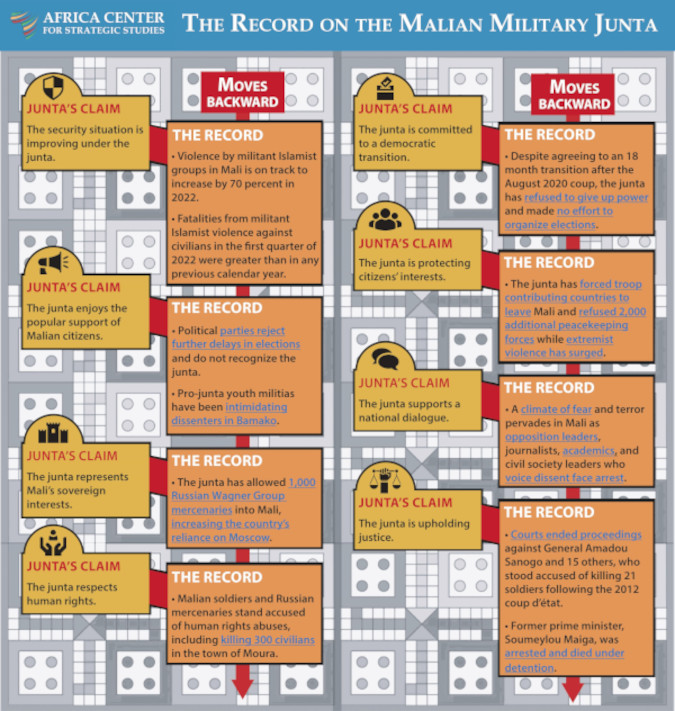 It appears that unlike its claims of being supported by the majority of the population, the ruling ‘junta’ is challenged by several political parties while pro-junta youth are intimidating dissenters. The analysis is published amid tensions between Mali (supported by Russia) and several Western countries, including France.

According to experts, there is an information war between France, Russia, and the United States for geopolitical interests in Mali. Each side (Mali and Russia on one side while France and its allies are on the other side) accuses the other of manipulation.

The current information war may be related to the Russia-Ukraine conflict but it has historical root causes.  It results in an information mess, which is difficult for the public to untangle, particularly when it comes to the case in Mali.

All in all, the current Malian president Assimi Goita has postponed presidential elections allowing himself years to shape the country as he wants. He appears reluctant to let civilians rule shortly. Though Mali is isolated because of ECOWAS sanctions and its conflict with Western partners, the country has high hopes for its cooperation with Russia.  However, even though Russia is providing military equipment, the country is still battling the problems that brought the junta in the first place.