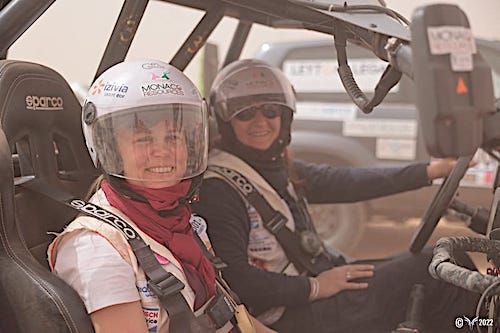 This 31ᵉ edition of the rally  began in Dar Kaoua, in the east of Morocco. The 320 race participants  were required  to reach several waypoints by covering the shortest distance possible,  navigating without GPS, using only a map and compass.

Arriving at the finish line on the morning of 2nd April at the beach of the Cité des Alizés, the participants of this eco-friendly race received a triumphant and warm welcome from the public, as well as from the Moroccan air patrol. Many personalities attended the event and the award ceremony, including His Serene Highness Prince Albert II of Monaco, Christine Lagarde, President of the European Central Bank, and Nadia Fettah Alaoui, Morocco’s new Minister of Economy and Finance.

His Serene Highness Prince Albert II of Monaco presented the two electric crews in the e-buggy and e-electric categories with their trophies. Since the creation of the RAG in 2017, Prince Albert has been the goodwill ambassador of the electric category. Elisabeth Sevin and Lydie Blaise from the team “Les Lilys roulent pour Rapha”, who came first in this category, were awarded this illustrious trophy by the Prince. The two friends, who were competing for the first time, were keen to go as far as possible and to highlight Williams & Beuren syndrome, a genetic disorder that Elisabeth's son Rapha suffers from.

“We are extremely happy to be here today in a rally carrying so many values that are dear to us: diversity, the entrepreneurial and sporting spirit of women and generosity. This has been an amazing adventure and a unique human experience   We would like to thank our sponsors and especially MRG who have been with us throughout the project, from the first euros to the last, but also during the race, supporting us, cheering us, and meeting Rapha ; they were present everywhere, all the time, sometimes even with their families. It's in their DNA! We can only thank them!” say the two friends.

With a presence in more than 20 countries in Africa in the agribusiness, transport and logistics sectors, Monaco Resources Group, a member of the Prince Albert II of Monaco Foundation, has placed Environmental, Social and Governance (ESG) considerations at the heart of its activities.

Protecting the environment is  also at the heart of this annual meeting. The Rallye Aïcha des Gazelles is the only rally in the world certified to ISO 14001 standards. “We are also proud to have been able to cross this adventure as pioneers of the electric e-buggy, it is an incredible machine, sensational! This was a huge challenge , and we are so proud of the outcome ” enthuses Elisabeth Sevin. 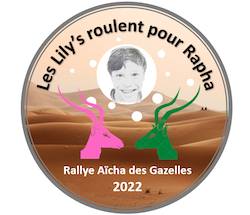