Laurent Gbagbo excluded from FPI, after he announced the creation of a new party 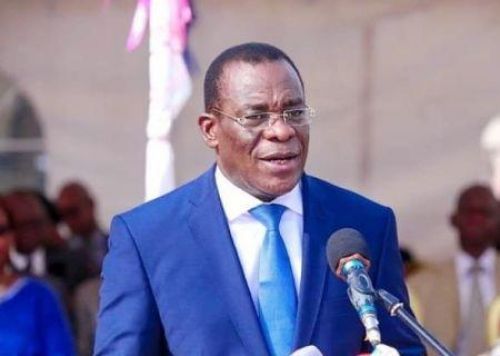 (Ecofin Agency) - The internal problems of the Ivorian Popular Front (FPI) seem to be growing every day. While former Head of state Laurent Gbagbo is pushing for the creation of a brand new party, the president of FPI’s branch has just announced his exclusion by the central council.

Pascal Affi N'Guessan (pictured), President of the branch of the FPI, has just announced the exclusion of former Head of state Laurent Gbagbo from the party. The information was revealed following the Extraordinary Central Committee he convened on August 14, at the party headquarters in Abidjan.

"The Central Committee decides that President Gbagbo is no longer part of the Ivorian Popular," he said. During a press conference at the end of the meeting, Affi N'Guessan expressed his sympathy to the man he called "the father of Ivorian democracy." He denounced the lies against him and the barriers that deteriorate his relation with his former mentor.

"I’ve let things go for years. I’ve tolerated a lot while my only goal was to restore unity within the party. I have suffered the lies, the slanderous comments and the hatred from people who claim to be his loyal followers," Pascal Affi N'Guessan said.

For Gbagbo's former right-hand man, what is happening is the fault of his former mentor.  Affi N'Guessan said Laurent Gbagbo has refused to tolerate another leadership other than his own, even from a loyal ally and even when the political circumstances do not allow him to act as a leader.

Laurent Gbagbo, who got back home after 10 years at the International Criminal Court, proposed last August 9 the creation of a new party. He also suggests that his followers meet to find a name for the party. This situation seems to have definitively ruined Gbagbo's relationship with the FPI, risking changing the political face of the country once again as the 2025 presidential election approaches.