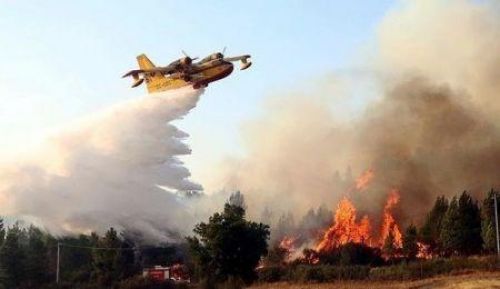 (Ecofin Agency) - Morocco has been facing spreading forest fires since August 14. The fires have already destroyed hundreds of hectares in the northern part, Rachid el-Anzi, director of the water and forestry department in Chefchaouen, reported.

Firefighters are actively working to control the situation. Water bombers are also being used but authorities say strong winds make the job harder. Although the causes of the fires remain unknown, local authorities suspect high heat and winds. A heatwave in July has "favored the outbreak of 20 fires" in the country, affecting 1,200 hectares of forest, according to the Department of Water and Forests.

For now, no human lives have been lost. "The priority is to stop the fires from spreading to populated areas," Rachid el-Anzi said.

Recently, Tunisia and Algeria have suffered the same scenario. The first country reported about 30 fires after a heatwave that caused significant material damages. In Algeria, authorities said they had arrested 22 people suspected of setting the fires that have left at least 90 people dead or missing.