DR Congo to save $6.4 mln closing over 5,000 fictitious bank accounts 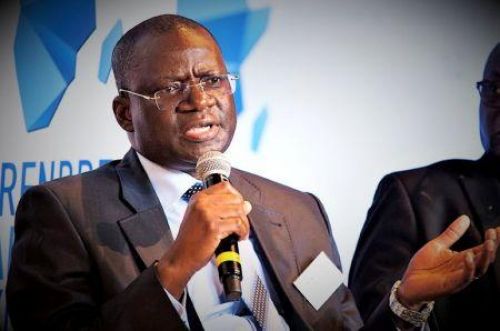 (Ecofin Agency) - The government of DR Congo announced it is shutting down 5,823 bank accounts considered “fictitious.” Sources close to the matter said these accounts were regularly funded by the State but, for many months, no financial transaction was carried out on them and that’s what alerted the authorities.
The decision is part of the new government strategy to eradicate fraud within the payment system for civil agents. Under this move, more than 4,500 other accounts that have not recorded any transactions should also be deleted from the payroll services files, except in the event of a claim.
“These people do not exist and must, therefore, be deleted from the payroll service file. This work has enabled the Treasury to save nearly 2,700 million francs per quarter, or around 10,800 million francs per year ($6.4 million),” says Jean-Louis Kayembe (pictured), Chairman of the Payroll Monitoring Committee and MD of the Banque centrale du Congo (BCC).
“This is one of the objectives of the Payroll Monitoring Committee, namely to control the reorganization of the payroll file and, by extension, the payroll,” he said.
For the time being, no judicial sanctions have been announced to punish the fraud perpetrators, nor has the government announced any investigations into the case.
Moutiou Adjibi Nourou