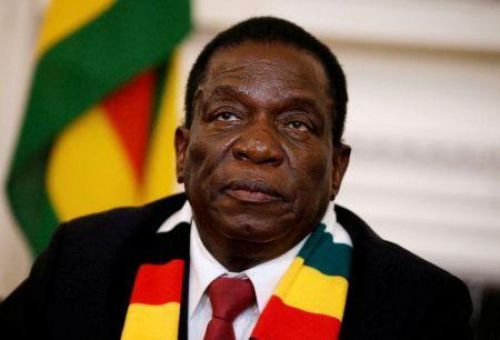 (Ecofin Agency) - Zimbabwe will not receive financial support from the International Monetary Fund (IMF). In a November 16 statement, the institution said the decision is due to “an unsustainable debt and official external arrears”.

Although the Fund welcomes the efforts made so far by the authorities to contain inflationary pressures, it points out that Harare's debt problems are a major obstacle to its eligibility for an aid program. Zimbabwe has been trapped in a decade-long economic crisis that has coincided with a gradual increase in its debt, particularly the external debt. The country's GDP rose from $12 billion to $16.7 billion between 2010 and 2020 (World Bank). However, its total external debt rose from $6.7 billion to $12.7 billion, or 76% of GDP, over the period.

Despite the economic reforms initiated by President Emmerson Mnangagwa (pictured), Zimbabwe is still struggling the get out of the crisis. Although these reforms have helped to lower inflation, it has been fluctuating a lot. According to the World Bank, annual inflation was 50% in August 2021, down from a peak of 838% in July 2020, following “the introduction of rule-based reserve money management, a foreign exchange auction, and relaxation of dedollarization”. But the latest figures from the Zimbabwean Statistics Agency (Zimstat) show a new upward trend with an inflation rate of 54.4% in October.

For Harare, which wants to benefit from international support, the difficulties the country is going through are directly linked to the international community's sanctions against it. President Mnangagwa, as well as a hundred or so of the country's personalities and legal entities, have been under U.S. and European sanctions for nearly twenty years. The Southern African Development Community (SADC) countries and the African Union are calling for the sanctions to be lifted as they are a fundamental constraint and impediment to the country's prospects for economic recovery, human security and sustainable growth. Overlooking these demands, the U.S. decided in 2020 to extend the sanctions in response to a crackdown on opponents.

“A Fund financial arrangement would require a clear path to comprehensive restructuring of Zimbabwe’s external debt, including the clearance of arrears and obtaining financing assurances from creditors; a reform plan that is consistent with macroeconomic stability, sustainable growth, and poverty reduction; a reinforcement of the social safety net; and governance, and transparency reforms,” the IMF says in its statement.

Last year, the Fund estimated the country's growth at -4.1%, due in part to Covid-19 and the impact of natural disasters. For the current year, the institution expects a recovery of around 5.1%.