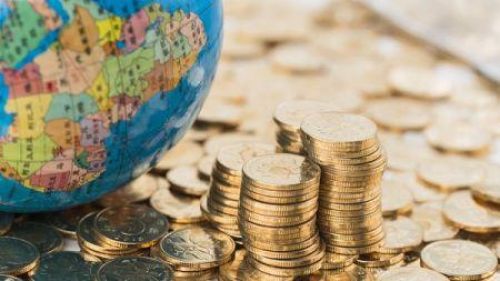 (Ecofin Agency) - With US$91 billion provided, the World Bank remained the Sub-Saharan African countries' largest creditor in 2021. China, the leading bilateral creditor, accounted for US$79.5 billion and the cost of the region's debt service to Pekin dropped during the period.

The stock is up by 5% compared with the updated 2020 figures that estimate the region's external debt at US$752 billion that year. According to the World Bank, long-term debts constitute 80% of the region's 2021 external debt stock. In numerical value, this is US$636 billion. The remaining stock is US$69 billion of IMF credits and SDR allocations as well as US$85 billion of short-term debt. Overall, 45% of SSA's external public debt (estimated at US$471 billion) is owed by private creditors, including US$145 billion in debt owed to bondholders and US$71 billion to commercial banks.

The figures were recorded in a post-Covid context where countries embarked on new programs to open up their pandemic-affected economies. Indeed, the pandemic greatly affected most African economies, prompting governments to make requests for debt cancellation and deferral, which led to the establishment of the Debt Service Suspension Initiative (DSSI).

"The DSSI restructured repayments on the debt service deferred over a six-year period, including a one-year grace period and five-year repayment term. Based on information provided by participating countries, the cost of the deferral is estimated at about US$575 million in additional interest charges on principal and interest payments due in 2020 and 2021 and deferred," the World Bank reports.

The cost of debt service

Overall, African countries spent US$79 billion to repay their debts in 2021. Although up from 2020, this figure is still below the level recorded in the last three years before Covid-19 (2017, 2018, and 2019). it is made up of US$61 billion in principal repayments, and US$18 billion in interest repayments.

In 2021, the World Bank remained the region's largest external creditor with US$91 billion provided. China also remained the region's largest bilateral creditor with US$79.5 billion provided. The region spent US$4.8 billion to service its debt to the Middle Kingdom. The debt service included US$3.1 billion for principal repayments and US$1.7 billion for interest payments.