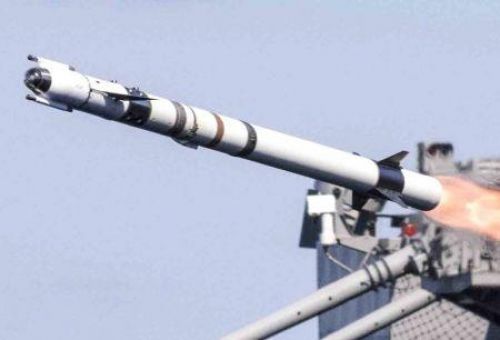 (Ecofin Agency) - Egypt will buy $197 million worth of arms from the United States. In a statement issued on February 16th, the U.S. Defense Security Cooperation Agency (DSCA) announced that the sale agreement has already been approved by the U.S. State Department.

The new contract covers the purchase of 168 RIM-116C Rolling Airframe Missiles Block 2 and the shipping and storage containers for the RAM Guided Missile Round Pack Tri-Pack. It also includes user manuals and technical documentation; engineering, technical and logistical support services from the U.S. government and contractors; and other related program and logistical support.

The missiles will be used to equip the Egyptian Navy's fast missile craft ships. This will expand the defense zone of the country's naval forces, particularly beyond coastal areas and around the Suez Canal.

This arms sale is the first of the Biden administration to Egypt. A privileged partner of Washington DC in North Africa, Cairo had multiplied arms purchase contracts with the administration of former President Donald Trump. However, many human rights activists have often criticized these agreements because of the repeated human rights violations in Egypt. President Abdel Fattah al-Sissi was accused of using weapons purchased from France against his citizens.

"The proposed sale will contribute to the foreign policy and national security objectives of the United States by enhancing the capability of Egypt, a major non-NATO ally. Delivery of this weapon system will greatly enhance Egypt’s interoperability with the U.S., making it a more valuable partner in an important area of the world, as well as supporting Egypt’s legitimate need for its self-defense,” the DSCA statement said.

In May 2020, the Trump Administration approved an agreement to provide Egypt with equipment for the refurbishment of 43 AH-64E Apache attack helicopters, valued at $2.3 billion.