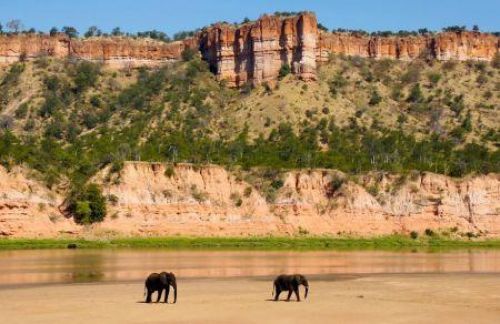 (Ecofin Agency) - In Africa, the pressure exerted by human activity on wildlife threatens the survival of several species. Estimates have it that the number of African elephants dropped from 10 million to 350,000 over the past 100 years.  The project funded is one of the many others initiated to reverse that trend.

Zambia’s North Luangwa National Park, Zimbabwe’s Gonarezhou National Park, and Odzala DRC’s National Park will receive funding from the German government to support and preserve their natural environment. The support was announced, Tuesday (May 17) on the German Development Ministry’s website.

They will receive a US$1 million grant each over the next 15 to 30 years. Overall the country is committing US$500 million to the project which also includes parks in South America and Asia. The project aims to "facilitate lasting protection for the world's most valuable conservation areas," reads the release announcing the funding.

"A very large proportion of the world's most biodiverse regions are located in developing countries. Through the Legacy Landscapes Fund, we help to ensure lasting protection for the world's most valuable conservation areas, because protected areas in developing countries need reliable long-term financing and administration to protect the natural environment and the global climate but also to protect people's livelihoods on the ground," explained German Development Minister Svenja Schulze.

The initiative is part of a program called "Legacy Landscapes Fund" (LLF) set up by Germany with financial support from international backers.  "The Fund targets those areas that have the greatest biodiversity but do not have enough resources to really conserve the natural environment," the release informs.

According to African Parks, wildlife habitats such as forests, woodlands, savannahs, and wetlands are under enormous pressure from human activity. Elephants are continually poached for their ivory and rhinos for their horns. Local bushmeat consumption is also taking its toll on African wildlife. This German initiative joins several others aimed at restoring the continent’s wildlife. The said initiatives are notably the United Nations Convention to Combat Desertification (UNCCD) and SOS Africa Wildlife.