Senegal set as a model for intra-African trade but… 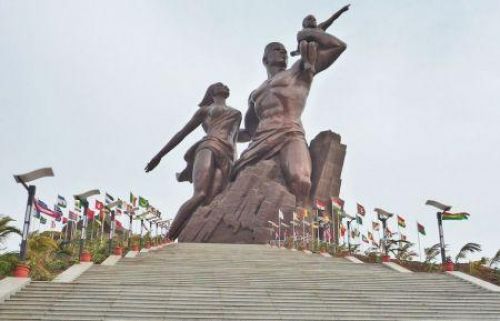 (Ecofin Agency) - Of Senegal’s overall exports over the first half of 2021, 38.21% went to African countries. This share is, according to official data, less than the 44.2% achieved in H1 2020. However, compared to an average of 16% on the continent, the African Development Bank believes that Macky Sall’s country is a model in terms of intra-African trade.

Senegal sells most of its products on the West African Economic Monetary Union. Mali came first with 17% of Senegalese exports over the period reviewed, ahead of Switzerland (13.8%) and China (11.3%). The seller cashed out CFA533.2 billion from sales on the continent, including CFA486.4 billion in WAEMU alone.

When analyzed in an African context, this strategy aligns with the desire to build a common market.  But Senegal loses a lot on a macroeconomic level. The large volume of trade with the WAEMU has little impact on its forex buffers, as transactions are in local currency. At the same time, its economic players who operate on international markets have to settle bills in U.S. dollars. Asia and Europe account for 79.5% of the country’s imports.

Another challenge lies in the fact that in its trade with partners outside WAEMU and CEMAC, Senegal has lost CFA1,337 billion (in foreign currency). This gap was not closed by the CFA310.3 billion trade surplus with partners in the CFA zone. Commodities such as oil and gold generate export revenues, but not enough to boost exports and meet external purchasing needs.