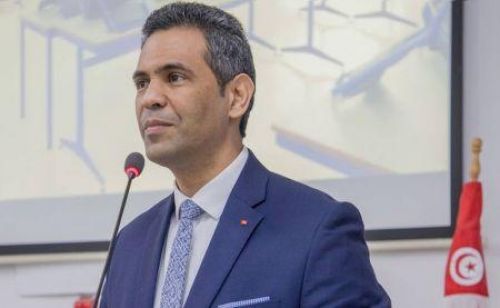 (Ecofin Agency) - On Thursday, September 15, the Tunisian government signed an agreement with trade unionists to increase civil servants’ pay. It is now focused on negotiating a reform program with the IMF.

The Tunisian government expects an agreement with the International Monetary Fund (IMF) by the end of October. According to Government Spokesman Nasreddine Nsibi (photo), Tunisia's file will be submitted to the Fund's Executive Board next month.

The announcement comes a few days after the government signed an agreement with Tunisian General Labour Union (UGTT), which was requesting social measures. The agreement provides for a 5% increase in public sector wages in a context marked by an inflation-fueled economic crisis.

In addition to easing social tensions, the agreement between the government and the trade unionists makes IMF support more likely as the Bretton Woods institution asked the government to reach an agreement with workers before considering a possible support program.

Speaking to Reuters, Maroan Abassi, governor of the Tunisian central bank explained that the amount of the economic program is still being negotiated but, it could be between $2 and 4 billion. “we hope to reach a staff level deal in the coming weeks,” he said.

In July 2022, U.S. bank Morgan Stanley warned that Tunisia was the African country most at risk of defaulting on its debt due notably to a “budget deficit of almost 10%, one of the highest public sector wage bills in the world.”  After the U.S. bank, credit rating agency Fitch also downgraded the country's sovereign rating from "B-" to "CCC", estimating that a public deficit of 8.5 percent of GDP this year would push its debt-to-GDP ratio to 84 percent.

At the end of July, the IMF welcomed the productive discussions it had with the government.