Oil & Gas: a key sector in the diversification of Zanzibar’s Economy 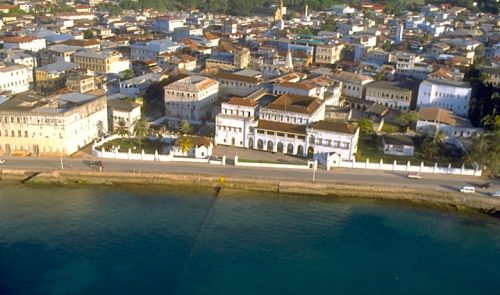 (ZANZIBAR ) - While braving a global pandemic (COVID-19) in the middle of 2020, Zanzibar launched its vision 2050 – a document laying out the semi-autonomous archipelago’s ambitious goal of attaining high middle income status by the year 2050. The island plans to achieve this through building a diverse and resilient economy in three 10-year periods. The blue economy agenda is set to carry a majority of the transformations needed in the economy in order to achieve diversification in Zanzibar’s economy. Oil and gas, a sector still in exploration stages, is an area of focus alongside the blue economy.

It is no surprise that Zanzibar is embarking on a journey to diversify its economy. Tourism contributes significantly to Zanzibar’s economy and this left the economy significantly exposed to the effects of the COVID-19 pandemic, further motivating economic diversification. Travel restrictions across the globe resulted in more than a 50% drop in the number of tourists visiting Zanzibar in 2020 compared to 2019, affecting the accommodation sub-sector which saw a drop in growth from 11.5% to -12.7% in the same time. Between these effects on the economy (growth dropping to 1.2% in 2020 from 7% in 2019) and a population that is growing at rate of 2.3% per annum, per Capita GDP also dropped to USD 1099 in 2020 compared to USD1,114 in 2019.

Diversification will contribute to the resilience of Zanzibar’s economy when facing economic stresses on this journey toward middle income status. The new government in Zanzibar, which took office in Q4 of 2020, is operationalizing this economic diversification through the blue economy. There is an entire ministry dedicated to this – encompassing portfolios various portfolios including oil and gas.

Recent developments in the Oil and Gas sector in Zanzibar were put in motion by the passing of Zanzibar’s Oil and Gas Act of 2016. This legislation set the stage for the formation of the island state’s national oil company (Zanzibar Petroleum Development Company - ZPDC) as well as a regulatory authority (Zanzibar Petroleum Regulatory Authority - ZPRA). The Revolutionary Government of Zanzibar went on to sign a Production Sharing Agreement (PSA) with RAK Gas – an oil and gas company from Ras Al Khaimah – near the end of 2018. The PSA was a culmination of a series of activities including geological surveys – Full Tensor Gravity survey and a 2D Seismic Survey - for the Pemba Zanzibar block as well as lengthy negotiations between the government and RAK Gas.

While the government saw a change in leadership in October 2020, RAK Gas had its leadership transition months after signing the PSA, when Nishant Dighe took over from Kamal Attaya. Successful management of these changes plays an important role in the sector’s stability – which in turn influences its growth and development. As a priority area for Zanzibar’s vision 2050 and more importantly the diversification of Zanzibar’s economy it is crucial that it remains stable.

While the operational timeline – normally prescribed in the PSA – hasn’t been made public, exploration activities appear to have continued on smoothly post-PSA signing with the latest updates being preliminary results from 2D seismic, showing potential for 3.8 TCF gas offshore – as announced by the government in October of 2020. Acquisition of 3D seismic normally follows 2D survey (which was concluded in 2019) but it has not taken place yet. The ministry for Blue Economy and Fisheries in its 2021/2022 budget highlighted that plans for 3D seismic for Pemba – Zanzibar Block are underway though no exact timeline was provided.

The new government in Zanzibar is very intentional about walking the talk in the oil and gas sector through building its internal capacity, strengthening oil and gas information systems, preparing for Deep Sea multi-client exploration east of Zanzibar, engaging new investors in the sector, commencing an audit the Pemba-Zanzibar PSA in August this year etc. as shared in the budget speech for the ministry of Blue Economy and Fisheries early June this year.

While the sector holds great promise in contributing to the resilience of Zanzibar’s economy against shocks, it is important to consider the regional context. Within the region, there is Mozambique with about 100 TCF in proven reserves, three LNG projects with FID totaling USD 30B and a security crisis in Cabo Delgado that has warranted force majure on the LNG projects. Then there is Tanzania with 57 TCF in gas reserves, majority of which is offshore, and the Lindi LNG project back on the negotiation table between investors and the government.

Zanzibar with 3.8TCF in unproven reserves has the odds stacked up against it in attracting investment in the sector in comparison to other players in the region which have projects that are far ahead of Zanzibar’s and with much larger proven reserves. However, it is worth noting that Zanzibar still has several unexplored blocks as well as policy instruments that it can use to create an enabling environment for capital inflow, especially from junior oil and gas companies which traditionally have the appetite for risk in exploring new frontiers.

And then there is the COVID-19 pandemic - to which the oil and gas sector is not immune. Supply chains can be brought to a near halting stop by the pandemic as we witnessed globally in 2020. For the oil and gas sector in Zanzibar, which is at the exploration stage, this could pose significant challenges in mobilizing people and equipment - further delaying development of the sector. Vaccines are a welcome development globally and the Zanzibar government has already begun executing a COVID-19 vaccine program – where essential health workers have already begun taking the shots in recent days.

Above all, the growth and development of the oil and gas sector – and consequently the diversification of Zanzibar’s economy - will require strong partnerships between the government and the private sector – the government safeguarding the welfare of its people and creating an enabling and predictable environment for business to flourish. 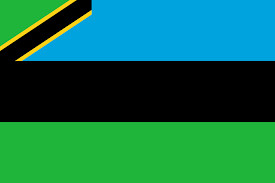