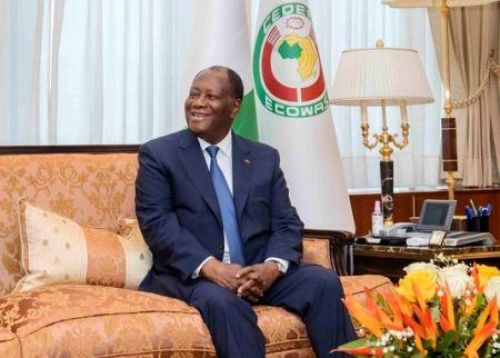 South Africa and Côte d'Ivoire are expected to sign new agreements during Ivorian Head of State Alassane Ouattara's (photo) visit to South Africa next Friday. The information was disclosed in a release issued by the South African presidency on Tuesday.

During the visit, the two presidents will discuss bilateral cooperation and take part in the South Africa - Côte d'Ivoire business forum. According to the release issued by the South African presidency, the visit is “President Ouattara’s reciprocal visit to South Africa following President Ramaphosa’s successful State visit to Côte d’Ivoire in December 2021.”

The said release informs that the Joint Cooperation Commission (JCC) established between the two countries in December 2015 has facilitated their political, economic, social, cultural, scientific, and technical cooperation. Thus, "nine (9) Memoranda of Understanding (MoU) and Agreements have been signed between the two countries in sectors such as Agriculture, Mining, Transport, Telecommunications and Defence" since its establishment.