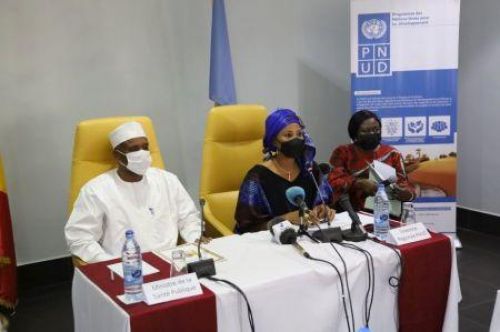 (Ecofin Agency) - The Chadian government reached a new deal with the UN Development Program (UNDP) to continue fighting Malaria on its territory. A total of €71 million will be made available to the country as part of this initiative signed last October 18 under the Global Fund New Funding Model 3 (NFM3).

The project will be led by the Chadian Ministry of Health in collaboration with the UNDP Project Management Unit (PMU) and the Chad Malaria Control Support Program (PALAT). "This co-management should strengthen collaboration between the institutions so that, beyond the resources mobilized from the Global Fund, UNDP's aid contributes more to supporting the government's health policy. UNDP will also contribute to the strengthening of the health system to help Chad achieve SDG 3," said Ahunna Eziakonwa, UNDP Africa Regional Bureau Director.

The UN organization says it will foster the deployment of telemedicine in the provinces of Lake and Tandjilé, heavily affected by the disease. The aim is to facilitate access to quality care for the population by the provision of 150 health centers with solar energy.

For Abdoulaye Sabre Fadoul, Chad's Minister of Public Health and National Solidarity, this financing is a support to the government’s ongoing efforts. "Chad cannot face such a challenge on its own. It is therefore with relief and satisfaction that we welcome this new funding which will undoubtedly back the National Malaria Control Program 2019-2023. The program aims to reduce by 75% the morbidity and mortality attributable to malaria, particularly among children under 5 years and pregnant women," he said.

As a reminder, malaria is the leading cause of child mortality in Chad. From January to July 2021, nearly 350,000 confirmed cases of malaria, including 546 deaths, were recorded, according to the United Nations Office for the Coordination of Humanitarian Affairs.