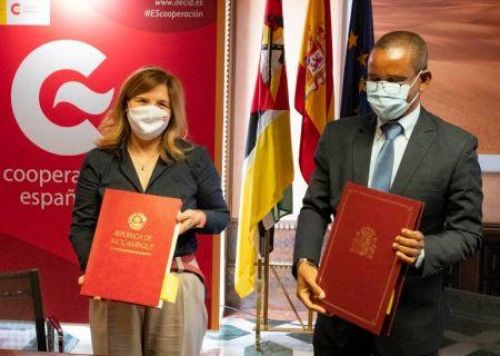 (Ecofin Agency) - Mozambique will benefit from €47 million in funding approved by Spain to accelerate its economic recovery. The financing is part of the new framework cooperation agreement between the two countries until 2024.

According to an October 18 statement by the Spanish Embassy in Maputo, €15 million of the total amount will be invested in Cabo Delgado, which will be added to the €11 million in ongoing projects in the province. The other northern regions of Nampula and Niassa will also benefit from the financing. “Spanish cooperation will continue to work as a priority in the north and south of the country, historical areas of action, and where 70% of Spanish funding is currently implemented, with a high presence of NGOs and bilateral cooperation,” the statement said.

The new framework cooperation agreement was initialed last October 14 in Madrid. It aims to focus efforts on anti-corruption, climate change adaptation, and health. "The humanitarian action of Spanish Cooperation will give fundamental importance to the respect of humanitarian principles and the protection of the rights of people affected by disasters such as cyclones and droughts," the statement said, stressing that “another important part of the Spanish support, amounting to €11 million, will be delivered via the European Union to fight corruption and adapt to climate change.”

Mozambique has been hit by natural disasters in recent years. Besides food insecurity, the growing threat of Islamic insurgency in the northern province of Cabo Delgado has displaced more than 250,000 people and killed more than 1,000, according to estimates by the African Development Bank (AfDB). The coronavirus pandemic has also put a strain on the Mozambican economy, with its real GDP contracting to 0.5% in 2020.

While growth prospects are positive in the mid-term, according to the AfDB, the country will need to rely on external financing to sustain its economic growth. AfDB forecasted real GDP growth of 2.3% in 2021 and 4.5% in 2022