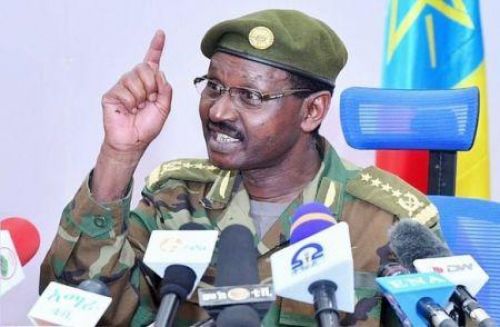 According to him, the WHO chief has reportedly helped the TPLF obtain weapons to combat the regular army. “He (Tedros) has campaigned to get the neighboring countries to condemn the war,” General Birhanu said, stressing that “he has worked to facilitate weapons for them (the TPLF).”

No proof of these allegations has been provided so far but they add to the controversies that have marked Tedros Adhanom Ghebreyesus' term since he was elected head of the WHO. However, the former member of the TPLF, which run Ethiopia between 1991 and 2018, has always presented himself as a defender of human rights and peace.

As a reminder, for several weeks now, the Ethiopian Prime Minister, Abiy Ahmed, has ordered a military offensive against the TPLF, after alleged attacks against positions of the Ethiopian National Defense Force (ENDF).

According to the latest estimates, the conflict in the Tigray region has left several hundreds of people dead and wounded, forcing tens of thousands to flee to neighboring Sudan. The conflict has spread into Eritrea after the TPLF accused the country of fighting alongside Abiy Ahmed. This situation could internationalize the conflict.