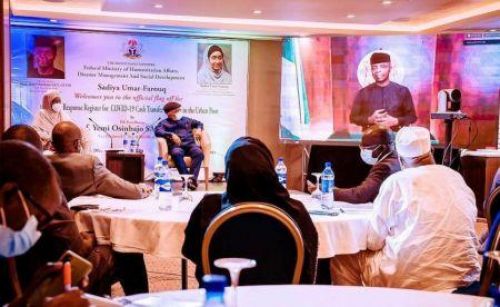 (Ecofin Agency) - The Nigerian government has just launched a support program for households that are hard hit by the Covid-19 pandemic. Under the Rapid Response Register (RRR), the poorest people in the country will receive a monthly allowance of N5,000 ($13).

Yemi Osinbajo, the Federal Republic’s Vice President, said this initiative is aimed at curbing the impacts of the pandemic but also reducing poverty across the country as part of the National Social Protection Policy (NSPP) launched in 2017. As of December 31, 2020, about 24.3 million poor and vulnerable people were identified in the national social register, the equivalent of about 5.7 million households, Mr. Osinbajo said.

The RRR program will assist 1 million families through direct cash transfer over the first six months of 2021. With Nigeria facing an economic crisis, the government has set a target of lifting 20 million people out of poverty within the next two years. This goal could however be hampered by some difficulties caused by the pandemic which, according to the World Bank, could push 40 million people into extreme poverty.

“Through this project, we are currently injecting about N10 billion directly into the hands of about 2 million poor and vulnerable people every month,” Mr. Osinbajo said, stressing that the success of the RRR scheme will motivate the government to proceed with the deployment of a social safety program.