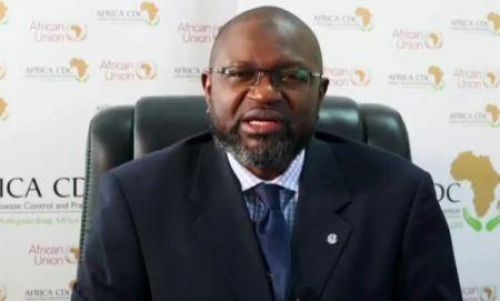 (Ecofin Agency) - For several weeks now, Europe and the U.S. are rigged by a wave of panic caused by confirmed cases of monkeypox. Africa CDC can help contain the spread,  Ahmed Ogwell Ouma explains.

Africa recorded several monkeypox outbreaks during the Covid-19 crisis, Ahmed Ogwell Ouma (photo), acting director of the Africa Centres for Disease Control and Prevention (Africa CDC), announced on Thursday 19 May. According to the official, the outbreaks were controlled without spreading panic or media fuss.

“During the covid pandemic, we’ve had at least two outbreaks of monkeypox on the continent. They were all under the radar. We handled and contained them. Now that it has appeared elsewhere, it is becoming big news,” he said during Africa CDC's weekly press briefing. The cases were recorded mainly in forest communities in Central Africa (DRC, CAR, and Cameroon) and Nigeria.

The statement comes as recent cases of monkeypox in Europe and America are making the headlines of almost every western media. Since the beginning of May, this disease has been in the spotlight, after its appearance in the United Kingdom, Portugal, Spain, Canada, and the United States. It caused panic in the affected countries and attracted the attention of decision-makers.

The situation seems to once again highlight divergences in the way events that occur in Africa and those in Europe are covered. Nevertheless, Mr. Ouma expressed concerns about the multiplication of monkeypox cases, in Europe especially. He also offered to share African countries’ experience in handling those cases and called on Western countries to share more information on the sources of their cases given that they are far from forest areas.

"We hope that it has not spread much more than it has now across the other parts of the world. Our expertise, knowledge, and lessons we’ve learned in controlling monkeypox will be available to support those requiring that kind of support,” he said.

Monkeypox is a virus transmitted by animals to humans. It can spread through “ lesions, body fluids, respiratory droplets and contaminated materials such as bedding,” the WHO informs.