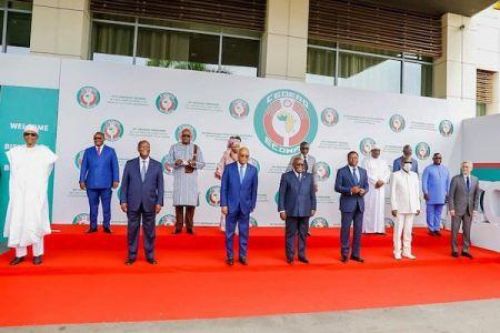 (Ecofin Agency) - The Heads of State of the Economic Community of West African States adopted a new roadmap for the implementation of the region’s single currency ECO. Gathered for a summit last June 19, the leaders have now set the project for 2027.

Jean-Claude Kassi Brou, Chairman of the ECOWAS Commission, said the new guideline was decided after the Covid-19 pandemic disrupted the initial plans, which would have seen the ECO launched in 2020. The process will resume next year and will take five years to adapt to the new international situation. Some experts say that this timeframe is too short, especially since the economic outlook for oil-exporting countries does not align with expectations.

During their meeting, the ECOWAS Heads of state also discussed the political situation in Mali, hailing the progress achieved so far in the establishment of a government that meets international standards. The country remains, however, suspended from sub-regional institutions until further notice.