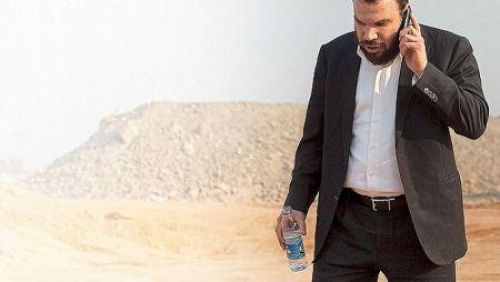 The letter was sent as Oil of Congo’s two exploration permits for blocks 1 and 2 expired last June 16 and Kinshasa no longer wishes to develop the project with Gertler, who has been accused since 2017 by the United States of corruption in mining affairs in the country. The company controls 85% of the shares on both perimeters and the remaining 15% is owned by the state-owned oil company, Sonahydroc.

The U.S. justice system accused Dan Gertler of having made a lot of money through shady mining and oil transactions in DR Congo, and of using his close friendship with President Joseph Kabila to broker the sale of mining assets. The businessman of course denies the accusations and has never been charged. Late last year, Congolese authorities opened negotiations with potential buyers, including Tullow Oil, to sell the shares of Oil of DRCongo.

In response to the ministry's letter, a spokesperson for Oil of DRCongo said the company still controls the licenses because they are under force majeure and therefore there is no change in their status, Bloomberg reports. The force majeure was declared to allow the DRC to conduct negotiations with Uganda on how to move crude from blocks 1 and 2 to the Uganda-Tanzania pipeline.

Oil of DRCongo’s spokesperson says the company remains committed to working with all stakeholders to address the force majeure, identify a competitive exploration system and bring the assets into production. As a reminder, Blocks 1 and 2 are adjacent to the perimeters under development on the Ugandan side of the basin, where Total has already discovered 1.7 billion recoverable barrels.

Oil of DRCongo now knows it is not wanted in the DRC but is playing hardball to keep these blocks. In January 2020, the company stated that it had injected $167 million into the development work on Blocks 1 and 2. A ministry memo contradicts these figures and refers to a figure of less than $135 million, while an archived version of the Gertler-owned Fleurette Group's website from 2017 stated that it had spent only $100 million. Blocks 1 and 2 contain about 3 billion barrels of oil.