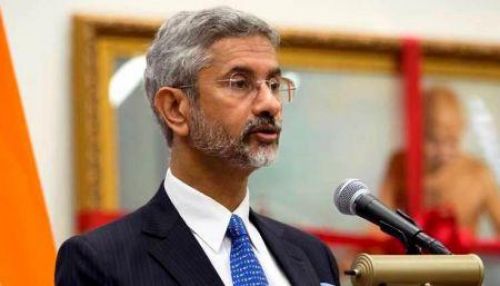 Trade between India and Africa reached a new record in the 2020-2021 fiscal year that ended on March 31, 2021. From US$56 billion during FY2019-2020, trade between the partners rose to US$89.5 billion, the Indian Minister of External Affairs Subrahmanyam Jaishankar (photo) announced last Tuesday.

“India’s bilateral trade with Africa, I believe, has now reached US$ 89.5 billion in 2021-22 compared with US$ 56 bn the previous year. With cumulative investments of US$ 73.9 billion from 1996-2021, India is among the top five investors in Africa. Through the Duty-Free Tariff Preference (DFTP) Scheme that extends duty-free access to 98.2 percent of India’s total tariff lines, India has opened its market to African countries. So far 33 LDC African nations have been entitled to get benefits under this scheme,” he said at the17th CII-EXIM Bank Conclave on India-Africa Growth Partnership.

The Indian diplomat added that the implementation of the African Continental Free Trade Area (AfCFTA) would help Indian companies boost their presence on the continent.

India and Africa “can work together for mutual benefit” when it comes to self-reliance in sectors like food security and energy security and avoid being “held hostage by the vagaries and uncertainties of international markets,” he added.

He further pointed out that India is one of the top five investors in Africa with cumulative commitments reaching US$ 73.9 billion between 1996 and 2021. India has also extended over US$12.26 billion of concessional loans to the continent, he continued.

In his address at the conclave, Commerce secretary BVR Subrahmanyam called for a free trade agreement between Africa and India.

“The time has come for India and Africa to also start talking (on) how can they engage in a Comprehensive Economic Partnership or a free trade agreement,” he said.

According to reports from Indian media, some 40 African ministers from 17 countries, including Cameroon, Ethiopia, Gabon, Equatorial Guinea, Ghana, and Nigeria, attended the 17th CII-EXIM Bank Conclave on India-Africa Growth Partnership.