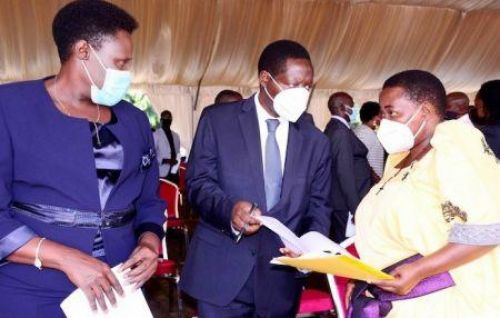 During the ceremony, the two ladies who enter the history of the country as the first women to occupy these positions swore to serve Uganda alongside President Yoweri Museveni. The Prime Minister said she would perform her duties impartially and firmly while the vice-president said her priority would be to reduce poverty in the country.

These appointments were approved by Parliament, as were those of Janet Museveni, Minister of Education, General David Muhoozi, Minister of State for Home Affairs and Ruth Nankabirwa, who is in charge of the Energy and Mineral Development portfolio. The appointment of women as vice president and Prime Minister of Uganda has been welcomed by observers as a step forward in the fight to preserve women's rights.