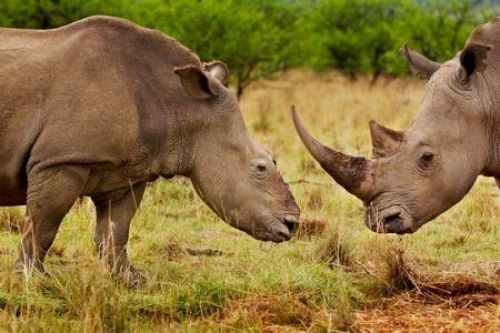 (Ecofin Agency) - On Monday 20 July 2020, the Malawi judiciary sentenced a group of Chinese criminals specializing in poaching to 6-11 years' imprisonment.

According to the Lilongwe court, the criminal organization, which has been operating for at least a decade, was guilty of trafficking elephant tusks, rhino horns, and pangolin scales, which is considered a crime in the country. The individuals were arrested in 2019 following coordinated action by the police and the Wildlife Department of Malawi's Ministry of Natural Resources.

The announcement comes at a time when African countries are trying to tackle poaching, which has a major negative impact on the continent's wildlife. Because of the supposed therapeutic virtues, the (Asian) demand for rhino or elephant horns has increased illegal trafficking, which is fuelled in particular by poaching in Africa. It is estimated that 40,000 pachyderms, mainly from Africa, die each year from poaching.

For Brighton Kumchedwa, Director of Malawi's Wildlife Department, the new convictions represent a victory for Malawi which is no longer a ‘playground for these criminals of nature.’

Two Malawian members of the criminal organization also each received prison sentences of one and a half years.